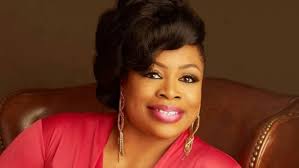 Christian music singer and songwriter, Osinachi Joseph, popularly known as Sinach, has become the first African to attain the number one spot on the coveted United States of America music billboard.

The Nigerian gospel artiste had maintained the top position in the Christian Song Writer category for a period seven consecutive weeks, thus making her the first black person to attain such a feat.

Sinach, who made the disclosure as she celebrated the achievement on her social media page on Wednesday, expressed her happiness at reaching the number one spot on the prestigious music billboard.

She gave thanks to God for his grace and appreciated the church, Loveworld Ministries, on who’s platform the singer had been brought to limelight.

“So apparently We have been No 1 on billboard USA for Christian songwriter for 7 weeks !! Look at God!! First Black person… First from Africa … So grateful to God!! Thank you”, she said.