JUST IN: Saudi oil tank farm goes up in flames ahead F1… 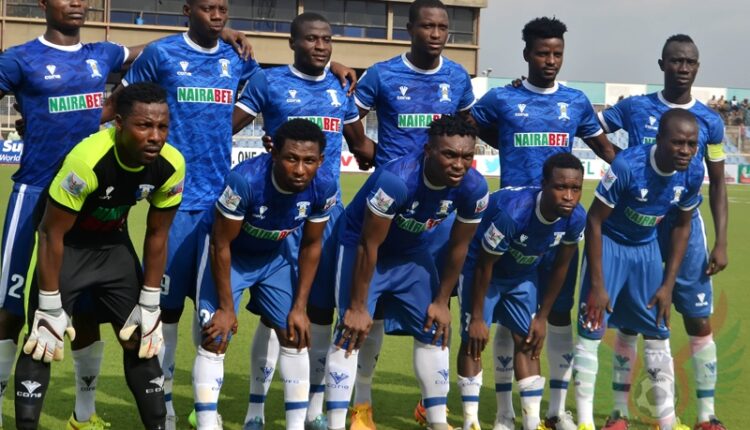 Sequel to my last post on issues before Ibadan Shooting Stars before the start of the new season, it will be apposite to state it expressly and categorically that as a lover of the round leather game and an ardent supporter of Shooting Star of Ibadan, it will be a great piece of oversimplification if we agree that the way and manner the media department of the team is being run merits good commendations.

One of the most potent ways any team could get to advertise and promote her image is by getting a versatile Media Handler who will be up and doing. Football has gone beyond Primitive Media Capturing. Vandresser FC of Lagos has taught most teams in the Nigeria Professional Football League what good Media Handling could do. The NNL Team could boast of the team with most fans on Social media Presence beyond teams in the Nigeria Top Flight League.

The Media Department current led by Tosin Omojola at this Crucial point needs to step up her game. The Era of using an Android Phone with a low-quality camera to take shots at Post Match pictures and side attraction should be a thing of the past. One will agree with me that, no lover of the Local League in Nigeria would say he or she doesn’t know about Vandresser Football Club. At this Point in time, all hands must be on deck as more professionals are needed both for the betterment of the players and the proper packaging of the team as well.

The Media Department of the Oluyole Warriors shouldn’t be handled by one man with a cheap camera resolution Android Phone for capturing pictures alone. Media Work for a Football Club goes beyond uploading pictures alone, part of it is to have an expert Lens Handler who will be up and doing to capture moments in the events and actions of the players on the field of play.

Also, having a competent graphics designer won’t be too much for a Club like the Shooting star of Ibadan and an experienced social media handler who can in barely a few months conjure water out of stones by selling the team to a larger audience and igniting the love for SC in the mind of those that already lost interest.

A team like shooting stars of Ibadan should stop the use of Old Android Phones to Snapping Pictures. It’s obsolete and primitive. The fan’s expectations are high ahead of next season and as such what is expected of the team is to give a good output for their money as to whom much is given much is expected. It’s high time the Media Handler of the team sees beyond the present status quo and rebrands the face of the team for global acceptance.

More so, the government has done its part by contributing a whopping amount of money towards the remodeled Lekan Salami Stadium in Adamasingba, nothing should then stops the Media Team from giving us a good Media outlook of the pitch, the atmosphere on and off the pitch.

Also, packaging the players on media wouldn’t be a bad idea. The football of this era has gotten beyond mere pleasure, packaging is very much expected. Without the topnotch packaging, we wouldn’t be here talking about Vandresser Football Club.

To cap it all, it’s high time the Media Handlers give the Line-Up on the Social media page of the Club before the match and on a Good Graphics Design. Remo Stars has taught us how they do it during the just concluded NNL Super 8. Beyond being handed a Media Post in a team with a good historical antecedent, it’s important for those in charge to understand that acceptance comes with responsibility.