JUST IN: I picked Shettima based on zoning, patriotism… 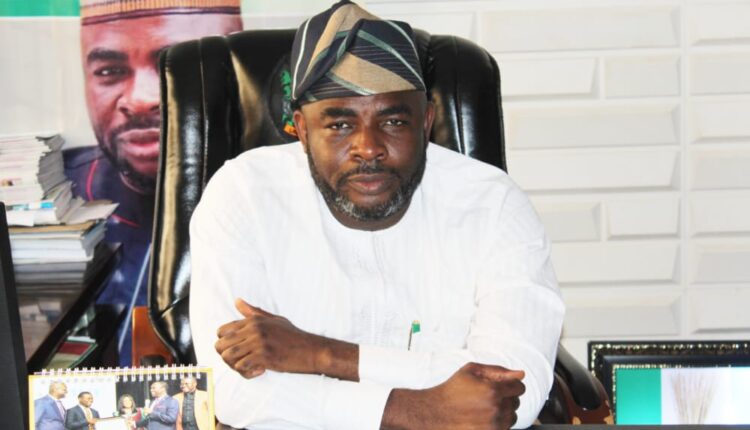 The Chairman, Shomolu Local Government Area of Lagos State, Abdulhameed Salawu, has cautioned residents in communities across the council to eschew violence and embrace peace for benefits of all and sundry, saying violence, destruction, and arson that have trailed failed All Progressives Congress (APC) chairmanship and councillorship primaries across the LG would not solve their grievances.

He added that the attacks on residents, particular party leaders believed to have allegedly influenced cancelation of last Saturday’s primaries have been on the rise and that violence would not proffer any lasting solution but continuous reprisal attacks such that could turn the council into hotspot for fighting and killings.

The council boss added that rather than engage in acts capable of disrupting peace being enjoyed across the local government, the aggrieved party, including youths who have taken to streets in protest, should embrace dialogue and other peaceful conflict resolution in making their grievances known through right channels of communication provided by party leadership in the state.

Salawu, who made the appeal on Wednesday through a statement personally made available to The Guild, noted that the ongoing violence, chaos, and unrest in many parts of Somolu were saddening, saying it was important that the youths see beyond the immediate pain and join hands with his administration in collectively finding solutions to the challenges facing the council.

According to him, I particularly appeal to other contestants and party men, and as a parent of youth and for improvement in their lives and their living conditions, to restrain from vandalizing, destroying, and molesting other people that do not hold same political view with them.

He warned that the targeting of individuals and groups for attacks and reprisal attacks would only further widen our divisions, escalate the crisis and threaten our fragile unity.

“The youth too must give peace a chance while making their legitimate demands. They must be mindful of miscreants who will infiltrate their ranks and give the protests a bad name only so that trigger-happy forces will kill them. The destruction and looting of public and private properties will only hurt all of us and set us back.

“We are proud of our history and legacy as the home of the Free Speech Movement. While we have made clear our belief that the inflaming rhetoric and provocations of our opponents were in marked opposition to the basic values of this council, we respected their right to free speech and seen as legitimate. We are now and will remain in the future, completely committed to free speech as essential to our mission and a vital component of our identity at Somolu Local Government Area.

“The violence today and destruction of properties was an attack on the fundamental values of the council, which stands for and helps to maintain and nurture open inquiry and inclusive civil society, the bedrock of a genuinely democratic nation.

Salawu added that: “This is not the legacy of civil rights in Lagos State nor Somolu Local Government Area. This is chaos, and we are buying into it. This won’t change anything, we are no longer talking about the primary election. We are talking about how you are burning infrastructures on the streets of Somolu. Go home.

“The election (Primary) is over, let’s give peace a chance. It’s high time we come together as party to fashion out a way forward and better developmental milestones for our people. Politicking is momentum, it shouldn’t drag us behind or back or debar us from doing better as people. Somolu belongs to us all, let’s protect our collective heritage and savage our wonderful city.”