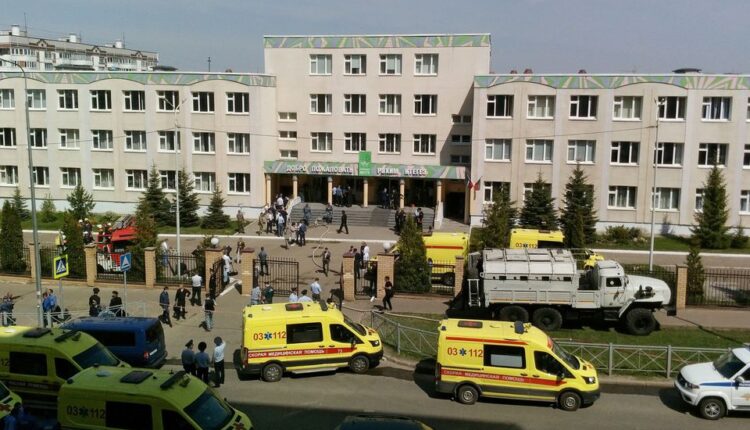 At least nine people, including seven schoolchildren, were killed on Tuesday morning after a lone teenage gunman opened fire at a school in Russia’s southwestern city of Kazan.

It was gathered that four boys and three girls made up the seven school children who were among the victims, while the other two fatalities include a teacher and another school employee.

Confirming the development, the Head, Tatarstan Republic, of which Kazan is the capital, Rustam Minnikhanov, said that the children were in the eighth year of school with an age range of 14 and 15 years old.

He explained that no fewer than 21 persons who sustained varying degrees of injuries have been hospitalised including 18 children, adding that six among the injured are reportedly in intensive care.

Meanwhile, officials said that the attacker was a 19-year-old without providing any further details on his motive. It was however gathered that the gunman was a former student of the school who had called himself “a god” on his account on the messaging app Telegram and promised to “kill a large amount of biomass” on the morning of the shooting.

Children could be seen leaping from the third floor of the four-storey School Number 175 to escape as gunshots rang out during the Tuesday attack which began around 9:30 am local time (06:30 GMT).

“We heard the sounds of explosions at the beginning of the second lesson. All the teachers locked the children in the classrooms. The shooting was on the third floor,” a teacher who craves anonymity said.