By News Desk, with Agency report 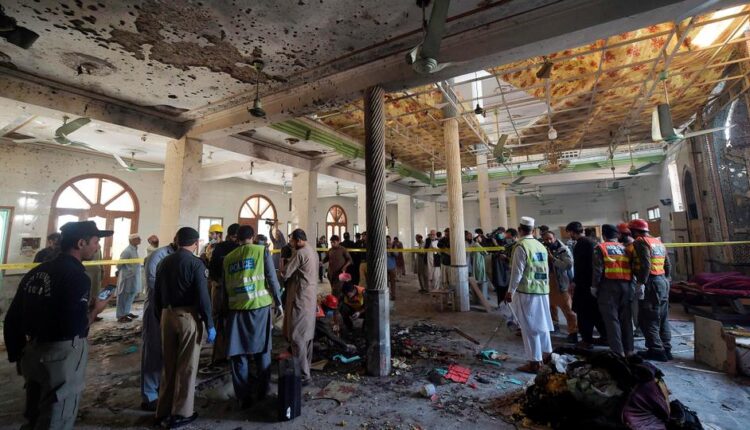 At least seven persons have died while more than 80 persons sustained varying degrees of injury when a bomb blast tore through a religious seminary in the Pakistani city of Peshawar.

It was gathered that the Tuesday blast rocked the northwestern city, near the border with Afghanistan, with no group yet to claim responsibility for the action despite the area being plagued by Islamist violence.

Though militant violence in the city, and in Pakistan in general, has fallen over recent years, there has been an increase in attacks on the security forces this year in Khyber Pakhtunkhwa province, of which Peshawar is the capital.

Confirming the attack, Peshwar Police Chief, Mohammad Gandapur, said that the bomb contained about 6 kg (13 lb) of explosives, adding that invention was ongoing to unravel the mystery behind the blast.

On his part, Pakistan’s Prime Minister, Imran Khan, through a post on his social media page, assured that necessary steps would be taken to unravel those behind the blast and ensure they face the full wrath of law.

“I want to assure my nation we will ensure the terrorists responsible for this cowardly barbaric attack are brought to justice ASAP,” he said.

Giving a breakdown of the victims, the Director, City’s Lady Reading Hospital, Tariq Burki, explained that four children were wounded while all the fatalities recorded were adults.

According to him, five of the 83 wounded were in critical condition and more than a dozen of those wounded were from Afghanistan.