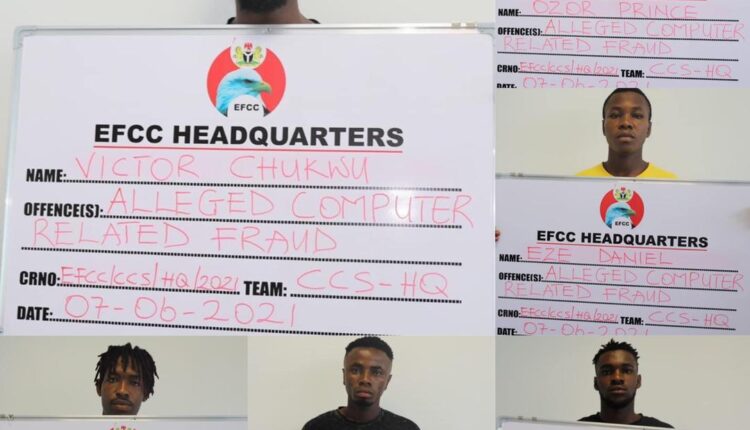 No fewer than seven Abuja chief executive officer (CEO) have been arrested and detained by the Economic and Financial Crime Commission (EFCC) for their alleged involvement in various computer-related frauds, said to be part of criminal activities that against Nigeria’s constitution.

The seven suspects under EFCC detention may be sentenced to jail after the commission, may have charged them on various fraudulent actions including recovery of phones and Laptops during the arrest.

As gathered, the suspects, said to be all males were reported to have been apprehended by personnel attached to the anti-graft agency’s Abuja Zonal Office on Sunday, June 6, 2021.

Confirming the arrest, EFCC’s Head of Media and Publicity, Wilson Uwajaren, in a statement made available to newsmen on Monday,  said that the suspects were arrested in the Gwagwalada area of Abuja, the Federal Capital Republic.

The EFCC spokesman said the suspects have made useful statements and would be charged to court as soon as the ongoing investigation was concluded.