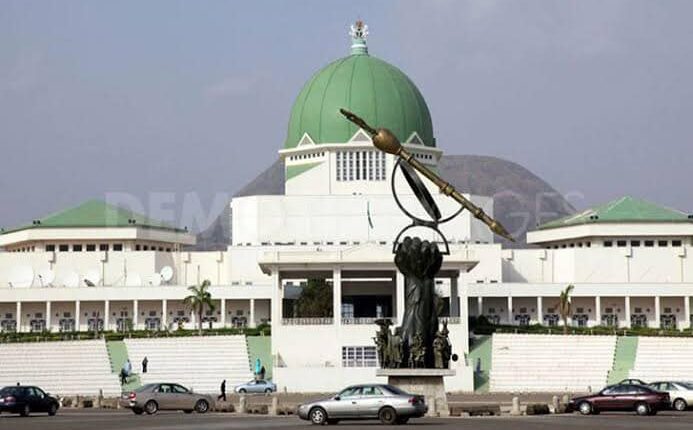 The Socio-Economic Rights and Accountability Project (SERAP) has threatened to drag the national assembly before court should it refuse to cut down the 2023 expenses of N228.1 billion, which the organisation described as a budget against economic reality in the country.

SERAP said that all that could halt its planned legal battle was for the Senate President, Ahmad Lawan, and Speaker of House of Representatives, Femi Gbajabiamila, as well as other leaders of the house to immediately reduce the target expenses that includes N30.17 billion severance payments.

The organisation against misappropriation of public funds stated that the allocation for new lawmakers’ inauguration after the 2023 election was the highest in the history of the nation.

SERAP urged the lawmakers to immediately propose a refresh budget for the National Assembly that would reflect the current economic realities in the country, address the debt crisis, and prevent retrogressive economic measures.

The National Assembly had increased its 2023 budget from N169bn proposed by President Muhammadu Buhari to N228.1bn. The approved budget shows an increase of about N59.1bn. The country’s budget of N21.83tn is based on a N10.49tn revenue, and N11.34tn deficit.

In a statement by SERAP’s deputy director, Kolawole Oluwadare, the organisation stressed that this move by lawmakers said: “It is a grave violation of the public trust and constitutional oath of office for the members of the National Assembly to increase their own budget at a time when some 133 million Nigerians are living in poverty.”

According to SERAP, “By increasing its own budget, the National Assembly has unjustifiably and disproportionately reduced the budget for UBEC. This is a travesty, especially given that Nigeria currently has over 20 million out-of-school children, and half of all poor people in the country are children.”

The letter, read in part: “Rather than exercising its oversight functions to check the persistent borrowing by President Muhammadu Buhari, and scrutinising the apparently unlawful overdrafts and loans obtained by the Federal Government from the Central Bank of Nigeria, the National Assembly is increasing its own budget.”

“This outrageous waste of public money would substantially increase the cost of governance, and exacerbate the debt crisis. It is unlawful, and unfair to the Nigerian people.”

“We would be grateful if the recommended measures are taken within seven days of the receipt and/or publication of this letter. If we have not heard from you by then, SERAP shall take all appropriate legal actions to compel you and the National Assembly to comply with our request in the public interest.”

“The budget should reflect national development priorities, and not serve as a tool to satisfy the lifestyle of lawmakers or provide them with severance payments or parting gifts.”

“SERAP is concerned that the National Assembly budget of N228.1bn is higher than the statutory transfer to the Universal Basic Education Commission [UBEC] which is N103.3bn.”

“The increase in the National Assembly budget, including the unnecessary proposed spending of N30.17bn on ‘severance payments’ and ‘inauguration expenses’ is a fundamental breach of the Nigerian Constitution of 1999 [as amended] and the country’s international human rights obligations.”

“It is unjustifiable and unreasonable for the National Assembly to arbitrarily increase its own budget when the Federal Government and many of the 36 states are clearly in debt distress or at high risk of debt distress.”

“The National Assembly budget of N228.1bn would increase the country’s borrowing and debt crisis. Growing debt burdens and debt repayment difficulties will have negative impacts on the ability of poor and vulnerable Nigerians to enjoy basic socio-economic rights.”

“Long-term unsustainable debt can be a barrier to the government’s ability to mobilize resources for human rights, and may lead to taxes and user fees that impact negatively on poor and vulnerable Nigerians.”

“The leadership and members of the National Assembly should properly discharge their constitutional and fiduciary duties to Nigerians by ensuring judicious spending of public funds, especially given the current economic and financial realities of Nigeria.”

“Cutting the budget would show that the National Assembly can discharge its constitutional responsibility of amplifying the voices of Nigerians. It will also show that the body is acting in the best interest of the people.”

“Nigerians have a right to honest and faithful performance by their public officials including lawmakers, as public officials owe a fiduciary duty to the general citizenry. All those who hold the strings of political power and power over spending of Nigeria’s commonwealth ought not to use their entrusted position for personal gain.

“SERAP also urges you to request President Muhammadu Buhari to present a fresh supplementary appropriation bill, which reflects the reduced National Assembly budget for the approval of the National Assembly.”

“Section 14(2)(b) of the Nigerian Constitution of 1999 [as amended] provides that, ‘the security and welfare of the people shall be the primary purpose of government.”

“Under Section 16(1)(a)(b), the National Assembly has the obligations to ‘harness the resources of the nation and promote national prosperity and an efficient, a dynamic and self-reliant economy’, and to ‘secure the maximum welfare, freedom and happiness of every citizen.’”

“Nigeria has also ratified the African Charter on Human and Peoples’ Rights and the International Covenant on Economic, Social and Cultural Rights, which recognize legally enforceable economic and social rights, such as the rights to education, health, safe food and clean water, security, and shelter.”