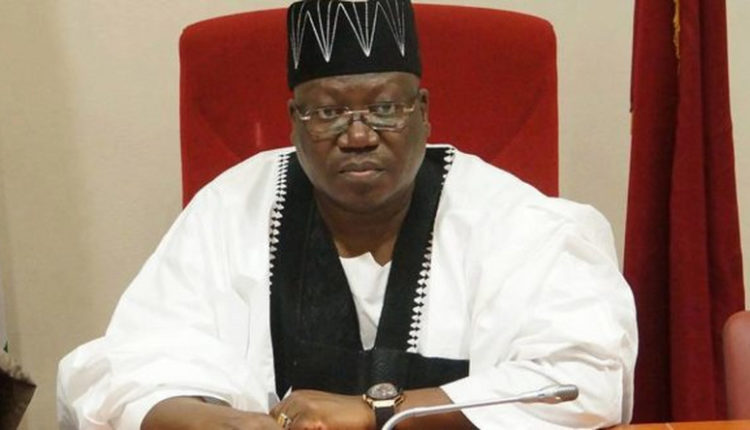 Nigeria Senators on have divided opinions  over closed borders ordered by the President Muhammadu Buhari-led government.

The lawmakers’ differences were triggered by the motion on “The impact of border closure on the Nigerian economy”, with majority of PDP lawmakers opposing the policy, while those of APC struggled to justify government’s stance.

Speaking on Wednesday on the issue, Senator Adeola Olamilekan representing Lagos West justified the close border, asserting that it has reduced petroleum demand by 11 million litres.”

Olamilekan said the policy, which came into effect last month, has heightened the demand of locally produced rice and has made farmers to go back to farms.

“Mr. President, distinguished colleagues, as I speak, about 11 million litres which would have been smuggled was being saved daily; more so, local rice is in high demand and farmers have gone back to farms.”

Senator Tolu Odebiyi representing Ogun West Senatorial District expressing on contrary opinion, said, “no country wakes up all of a sudden and closes her borders because some indigenous entrepreneurs who want to expose their products to outside world would find it difficult.

“To me, government should look at this policy again. There are genuine manufacturers who have been badly affected. They want to expose their products to the outside world, but couldn’t as a result of border closure.”

According to him, attempt to sanitise Nigeria borders of criminal elements shouldn’t shut genuine businessmen against doing their businesses.

“I have the opportunity to govern Ogun State for eight years and I know what it means to close boarders. Clearly, there is need to sanitize our boarders for sometime and to think about a lasting solution, there are actually genuine business and boarder should not be closed permanently against them.

“That smuggling of rice and other products has reduced does not mean majority of Nigerians have not been affected. Some students schooling in Ghana and Benin Republic are complaining travelling by road. Also since the closure, I know what our people have been doing,” Amosun said.

He called on security agencies to rally round the government in finding a lasting solution.

Senator Gabriel Suswam, in his arguement, allayed fears that the policy would affect various agreements with African countries that tended to increase trade volumes.

“We have bilateral and multilateral agreement within the West African subregion and we must not do what will be injurious to those agreements”, the former Governor noted.

“The way forward to me is to engage those countries that bounded Nigeria. Even in Benue State, there is a border with Cameron that was not known to anybody where people go in and out.”

Suswam called on the FG to revive patrol aircraft for proper monitoring of borders.

Senator Abba Moro representing Benue South on his part, maintained that the policy was the least option, revealing that there were over 1000 illegal borders which were being used by smugglers.

“I support this motion to the extent that it stops smuggling of products. Closed boarder is the least option available to stopping smuggling. There are 87 legitimate border routes and Nigerians who are legitimately doing business have been caught up in the cross fire. It has further stopped our revenue in trans border trade,”Moro said.

The senator called on the FG to find appropriate thing to do in order to cushion the effect of outright closure.

After contributions by some Senators who maintained strongly that the policy was not in the interest of the nation, Senate President Dr Ahmad Ibrahim Lawan maintained that FG should find a lasting solution to the border closure.