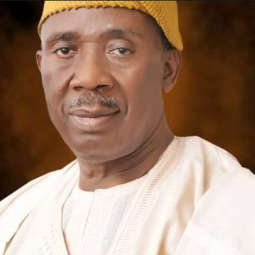 The Nigerian Customs Service (NCS) has the capacity to generate about four trillion naira revenue for the government.  This was stated by the Senate Committee Vice Chairman on Customs and Exercise, Senator Francis Fadahunsi.   He said lack of funding from the Federal government  is affecting the agency’s ability to generate such volume of revenue. He said: “If the Government (FG) wants the Nigerian Customs Service to generate N4trn every year, it is possible but the agency must be adequately funded. There must be proper monitoring of its activities and operations. Also, the government has to change the leadership of the NCS. Government should look for a well-trained professional who would be able to deliver. A soldier cannot do the job at all. No soldier can deliver the task of generating revenue at the NCS.”

On the clamour to  concession the NCS to foreign company for efficiency and higher revenue generation,  Senator Fadahunsi said: “There is no foreigner that can like Nigeria better than Nigerians. No foreigner would treat our economy better than the citizens of Nigeria. It is a pity that we have some vandals within the nation’s economy. No matter what, the NCS can still be managed better by its officials. There is always an attempt by some people to buy the NCS whenever any new government comes on board because of the huge revenue they would make. Why is government not considering the idea of concessioning the Federal Inland Revenue Service, the Nigerian National Petroleum Corporation, or NIMASA?  The concession they carried out at the ports is what is causing congestion at the ports now. People are now paying bills through their noses. The corruption at the NPA was a child’s play before the concessioning; now, it is very high because revenue collection has been contracted to an individual. Some Nigerians who have seen the potential of the NCS have been mounting pressure on the government to concession its revenue collection to some foreign firms for a period of 20 years for a mere $186bn. The revenue projection under that arrangement is N3trn. The NCS generated N1.5trn and it is expected to collect seven per cent of that.  Meanwhile, the arrangement will continue even if the NCS is concessioned. Now, the foreign firm they are bringing in may come and demand 10 per cent as cost of collection.  So, the country would be losing 17 per cent of its revenue to operational costs.  Why can’t we fund the NCS and buy the necessary equipment like scanners?  Last year, the National Assembly approved about N385m for the purchase of scanners at the ports in Tin Can, Apapa and Port Harcourt. Why can’t we buy mobile and stationery scanners for other areas? When all these things are in place, the NCS can generate the N3trn annual revenue which the concession arrangement will give us. Then we would pay only the seven per cent as cost of collection to the NCS. The funniest part is that some greedy ministers and governors are the brains behind the planned concession arrangement. Why should three or four people sit down and come up with such ideas?”