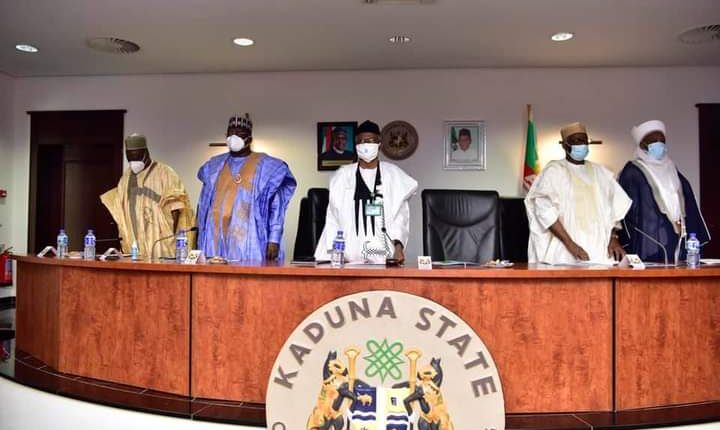 As part of the effort to address the level of insecurity across the country, Senate President, Ahmed Lawan, Northern states Governors, Inspector-General of Police (IGP), Muhammed Adamu, and others were said to have met behind closed doors to proffer possible solutions to insecurity in Nigeria, especially within the region.

Others at the meeting ongoing in Kaduna State on Monday were Chief of Staff to the President, Ibrahim Gambari, members of the National Assembly, Minister of Information and culture, Lai Muhammed, traditional rulers, and other senior officials.

After the meeting held behind closed doors on Monday, the governors condemns the subversive actions of the Endsars protest particularly the superlative agitations for regime change by the protesters which were outside the legal democratic process in the country.

In the communique read by the chairman of the forum and Governor of Plateau State, Simon Lalong, the forum described the widespread of fake news on social media as devastating and that the act fueled crises that trailed the protest.

While appealing for a control mechanism of social media practice in the country, the governors inaugurated committees to deliberate and proffer lasting solutions to the myriad of socio-economic and political problems that had beset the region.

The forum also concluded plans to support the law enforcement agencies especially the Nigerian police to enable effectively discharge of their constitutional responsibilities across the country.

They also commended President Muhammadu Buhari and the National Assembly for being proactive in addressing the issues of EndSARS protest across the country.

The forum while appreciating the peaceful conduct of the youths in the north during the protest, condemned the attacks on persons and property of citizens especially those living in other parts of the country outside their region, as well as the killing of policemen and burning down places of worship.