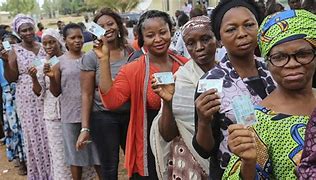 Senate Commitee on Independent National Electoral Commission (INEC)  has cautioned body incharge of electoral process to desist from any act that would trigger violence ahead  Edo poll  in order to ascertain peaceful and credible elections.

The commitee warned INEC not to be used as political tool in the hands of politicians to disrupt or aid in manupulating election processes as the whole world is watching to measure the commission’s credibility, urged various law enforcement agencies and the State Government to create a synergy to help curtail and eradicate violence during and after election.

It stated that differents security personnels  and Corps members have been properly trained and equipped so as to produce a candidate that would represent the interest of the state throufh eligible voting process.

As gatherd. INEC preparedness for saturday’s election was ascertained after the committee disclosed that 11 out of  14  oversight functios were successfully carried out while the remaining three would be ongoing until voting day.

The Chairman, INEC Senate Committee, Sen. Kabiru Gaya, gave out the warnings, opined that a peaceful environment during election; promotes free and fair election that would in turn produce credible candiate.

Speaking during a visit to the commission’s office on Sunday in Benin, Gaya warned INEC official against corruption and being used as architect by politicians to violate elctoral rules and regulations, charged Resident Electoral Commissioner (REC), in the state to work with the various security agencies to provide adequate security both during and after the elections.

“So, we are warning all political actors to ensure that there is peace in Edo,” he said.

In his speech, the committee’s vice chairman, Sen. Sahabi Ya’u, advised the ICT unit of INEC to monitor the activities of its staff members to avoid possible sabotage within as survival of democracy depends largely on the credibility of the electoral process.

On his part, Sen. Ike Ekweremadu, a member of the committee, urged INEC to stand firm and remain neutral since the whole world are watching to know the activities of the body.

Ekweremadu appealed to the REC to ensure that Card Readers were properly charged, configured and tested before deployment to polling and voting points.

Earlier, the REC, Mr Johnson Alalibo, told  committe members that the commission was fully ready for the elections, adding that 11 of 14 items listed on the schedule of activities had been completed.

Alalibo said the commission had trained security personnel, INEC staff, CSOs, Electoral Officers, youth corps members among others for the conduct of the elections, stressing that  the configuration of the smart card readers and the z-pad to be deployed for the elections is currently ongoing.