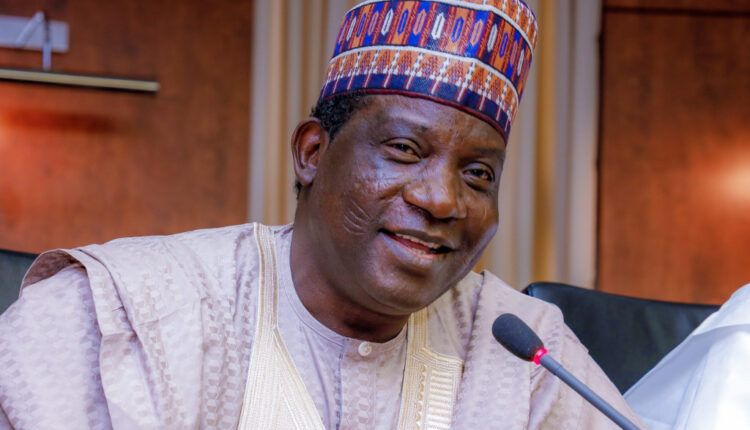 No fewer than nine fleeing inmates from the Jos Correctional Centre have been recaptured by security team deployed by the Plateau State Police Command after the escaped prisoners.

Aside from the nine rearrested by the security team, another inmate who had earlier escaped the correctional facility during the attack voluntarily surrendered himself to the command.

As gathered, the nine fleeing inmates were arrested during a stop and search operation carried out by the special police team deployed by the state’s Commissioner of Police, Bartholomew Onyeka.

Confirming the development, the Command’s Police Public Relations Officer, ASP Gabriel Ubah disclosed the commissioner led the reinforcement to the scene of the attack and directed that the entire centre be cordoned immediately.

“On 28/11/2021 at about 1720hrs, the medium-security custodial centre in Jos came under attack by yet to be identified gunmen where some inmates escaped. Upon receipt of the report, the Commissioner of Police Plateau State Command, CP Bartholomew Onyeka who led reinforcement to the scene, directed that the entire centre be cordoned.

“The CP also directed immediate stop and search where nine (9) escapees have been re-captured by the Police and are in custody while one escapee voluntarily surrendered himself to the Police. Based on the prompt response, the situation was brought under control by the superior gunfire of Security Agencies. The Police and other Security Agencies are currently on the ground to effectively deprive the hoodlums of the space they desire to perpetrate their evil acts,” Ubah said in a statement on Monday.

Meanwhile, Plateau State Governor, Simon Lalong, has condemned the attack and described it as unfortunate while commending the gallantry of officers and men of security agencies who rose to the occasion to thwart the plans of the attackers.

He asked citizens of the state to remain calm and go about their legitimate duties with utmost vigilance by reporting any suspicious activity to security agencies for prompt and decisive action.

“Lalong also praised the quick reaction of other security agencies including the Police, Operation Safe Haven, DSS, NSCDC and Operation Rainbow who responded swiftly to the situation and took charge of the general area leading to entrapment of the assailants as well as arrest of fleeing inmates. While describing the sad event as one too many in the nation’s correctional system, Lalong said it was high time a wholistic approach is applied in bringing such attacks and jail breaks to an end in order to guarantee the safety of inmates, correctional officers, and the larger society from criminals who choose to attack the very essence of Nigeria’s legal system by disrupting law and order,” he said in a statement.