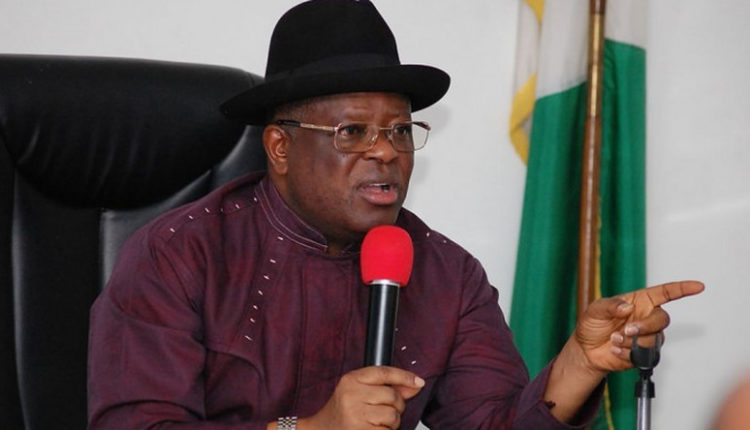 Governors across the South East have distanced the region and its people from secession agitation and actualization of Biafra land, saying the recent trajectories have shown that only a united Nigeria could benefit all and sundry across the country.

Aside from opposing Biafra agitation actualization, the governors also admitted that the proscribed Indigenous People of Biafra (IPOB) and its militant wing Eastern Security Network (ESN) movements have been hijacked, saying that attacks in the region are been carried out by terrorists who have infiltrated their ranks.

The governors who spoke through the Chairman of the South-East Governors Forum, David Umahi, described described the agitations for Biafra as madness, while clarifying that most elites in the region were against the movement, adding that what was been sought by the people was justice, fairness and equality that was been enjoyed by other regions.

According to him, every elite in the south-east is not desirous of Biafra. We don’t want Biafra. We only want to be treated equally like other regions in Nigeria. So, this idea of Biafra, Biafra is madness.

Speaking on security situation in the region on Wednesday during a popular TV programme, Umahi, who is also the Ebonyi State Governor, noted that it was worrying that people who were calling for secession were doing so through violence, killing

“you can never get a nation out of a nation by the kind of hate speeches being dished out and then from hate speeches to threats of killings and actual killings and formation of militant groups. If you’re fighting to protect us so why are you killing us? We are the ones killing ourselves. Occasionally, people are imported from outside to do these killings but majorly, like in my state, all the people that we have caught, all came from the south-east.”

According to him, governors of the region have continued to appeal to the agitators to bring their grievances forward, promising to provide solutions.

“Whatever is your problem, is it unemployment, you have nothing doing? We are going to leave every other thing to make sure you are empowered. The only thing is that when you are in the bush, we don’t have access to you. You have to come out of the bush and work with us to empower you. But when you say no, that you will go in the name of agitations to cause criminality, we will isolate you as a criminal and this is where we are and we are very serious about it”.

Speaking further, he clarified that though the IPOB based their agitations on ground of speaking up against marginalisation and seeking redress where necessary, some terrorists been supported by aggrieved politicians have hijacked the agitation and hiding under the IPOB banner to kill and main innocent citizens.

The governor said that what started as protest against marginalistaion have snowballed into incessant violence, killings, kidnapping and other forms of unrest after the movement was infiltrated by machineries and terrorists allegedly employed by aggrieved politicians.

Umahi noted that while the pent up grievances and anger of South East people ensure IPOB movement was accepted with open arms when it started, others seeking avenue to carry out ulterior motive also joined and began exploiting the agitations for terrorism.

“At the initial time, it was an issue of ‘look, we are being marginalised. A lot of people keyed into that. Then, along the line, it developed into violence. And then later, the same agitation has been hijacked by criminals, bandits and kidnappers,” he said.

Continuing, he said, “If anybody had grievances with the centre (Federal Government), the person became a supporter of IPOB. If you sought anything at the federal level and you fail to get it, you become a supporter of IPOB. Those in the diaspora that went for greener pastures and they failed to get such become very bitter with the Nigerian society. And so, followers kept growing.”

According to the governor, the situation worsened when the conflicts with herdsmen came up. “There were a couple of killings in the South-East and the people were a bit helpless and felt the governors were not protecting them. You see, some uninformed elements felt that the only way to solve the problem between us and herdsmen was to ask them to leave the South-East.

“Then came the IPOB with ESN (Eastern Security Network), which is the militant aspect of IPOB, and they started to issue orders of threats. So, along the line, the whole exercise has been hijacked. In the South-East, we no longer have kidnappers; everyone that commits one criminal act or the other claims to be IPOB.”

The governor, however, stressed that the people were beginning to understand the situation and support for IPOB is declining due to the actions of the group and the level of violence in the region.

Umahi also faulted claims that those carrying out the attacks were criminals from outside Imo, Ebonyi, Anambra, Abia and Enugu being states that made up the South-East.

“We are chief security officers in our various states and we understand what is happening; we know that it is our people that are killing our people and they started killing security men, they started burning houses, they started stopping people from moving freely and we started shouting,” the governor said.