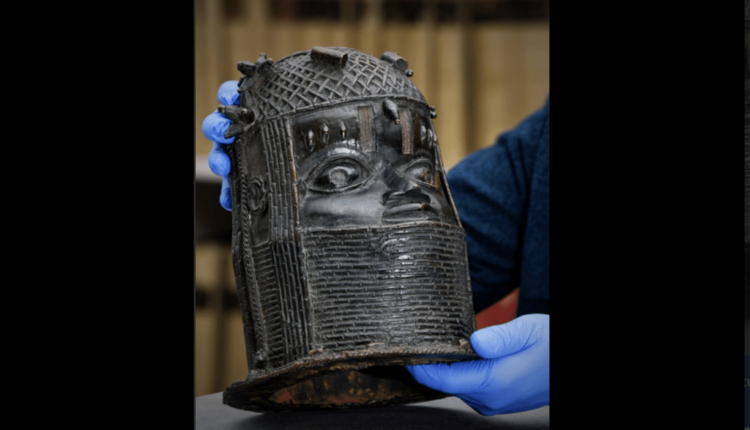 Many years since the clamour by notable Nigerians for the return of the country’s looted artifacts began, the University of Aberdeen, Scotland is finally set to return a Benin bronze  sculpture stolen by British soldiers in Nigeria in one of the most notorious examples of the pillaging of cultural treasures associated with 19th century European colonial expansion. Thousands of metal and ivory sculptures and carvings were looted by British forces in 1897 during the destruction of Benin City in present-day Nigeria by a British military expedition. Many of the soldiers and administrators involved sold Benin objects to museums or private collectors. Others were later given as gifts to museums or sold at auction or by art dealers. Over the last 40 years there have been growing calls for the return of such items, which have become symbols of injustice. The University of Aberdeen instigated a conversation through Professor Bankole Sodipo, Professor of Law in Babcock University, Nigeria with the National Commission for Museums and Monuments of Nigeria through its Legal Adviser, Babatunde Adebiyi, the Edo State Government through the then Attorney-General and Commissioner for Justice, Professor Yinka Omorogbe and others.

FIRS may use NIN database for tax collection