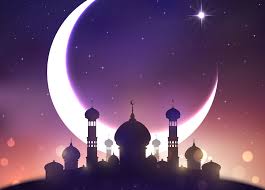 Saudi Arabia has announced the commencement of the Muslim fasting month of Ramadan, saying the thirty days exercise would begin on Friday amid coronavirus pandemic.

The announcement had come following the traditional moon sighting on Thursday, which signaled beginning of the muslim holy month in the kingdom and other Arab countries.

The nation’s Supreme Court stated that considering that the fact that Islamic months were determined by the lunar calender, Muslim faithfuls were enjoined to begin the 30-day fast which would involve abstinence from food, drink, recreational drug use as well as other vices from dawn to sunset.

The court, through a statement released to newsmen on Thursday, said that the decision, which was binding on adherents of the Islamic faith, was reached after consensus from relevant stakeholders and the moon sighting committee.

“Based on the sighting of the new month’s moon … it has been decided that Friday is the start of the month of Ramadan”.

The Saudi Arabian Monarch, Salman bin Abdulaziz Al Saud, expressed mixed feelings over the month of Ramadan, which he said would be marred by recent coronavirus realities in several countries across the world.

Al Saud said that advent of the global pandemic had necessitated life changes such as social distancing and prohibition of religious gatherings, adding that the month of Ramadan would not be the same while mosques remained shut over coronavirus threats.

The Kingdom’s sovereign ruler, in a statement marking commencement of the Holy month, assured people of his commitment to ensuring safety and well being of residents during the 30-day exercise and urged compliance with advised coroanvirus preventive measures.

“I am pained that the holy month arrives amid circumstances that make us unable to perform group prayers and Taraweeh (special Ramadan night prayers) at mosques due to precautionary measures to protect the peoples’ lives and health in combating the coronavirus pandemic”, he said.