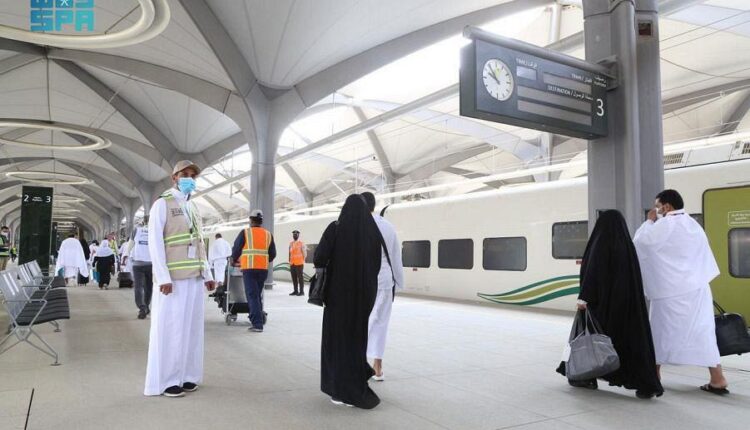 No fewer than nine pilgrims were reported to have been picked by the Saudi security agency for the Hajj exercise after they allegedly contravened the Hajj protocol introduced by the country’s government for pilgrimage.

The agency, Hajj Security Forces, accused the pilgrims of violating the Hajj regulations and instructions that stipulated anyone wishing to perform the religious exercise must obtain a permit before visiting any of the holy grounds.

Following inability of the pilgrims to convince the law enforcement agency, they have been fined 10,000 Saudi Arabian Riyal (SAR), according to the prescribed legal measures.

The Spokesperson of Hajj Security Forces Command , Brig. Sami Al-Shuwairekh, who confirmed their arrest and penalties imposed on them, appealed to all citizens and residents of the holy country to abide by the instructions for this year’s Hajj season.

Speaking to newsmen on Saturday, he stressed that the security personnel would implement the regulations against anyone that tried to reach the Holy Mosque, its surrounding central area and the holy sites (Mina, Muzdalifah and Arafat) without a permit, until next Friday.

Meanwhile, the Saudi Arabian government has announced that first batch of pilgrims coming from Jeddah and Madinah by the Haramain High-Speed Railway has arrived in Makkah.

The Transport General Authority said that this batch includes 187 pilgrims who arrived at Ar Rusayfah Station in Makkah, and they will be transported by buses to the Grand Holy Mosque.

The Authority added that it monitors commitment to applying precautionary and preventive measures. It also inspects the buses transporting pilgrims to ensure their compliance and readiness in all regulatory and technical aspects, so that pilgrims enjoy safe and comfortable transportation services during this year’s Hajj season.