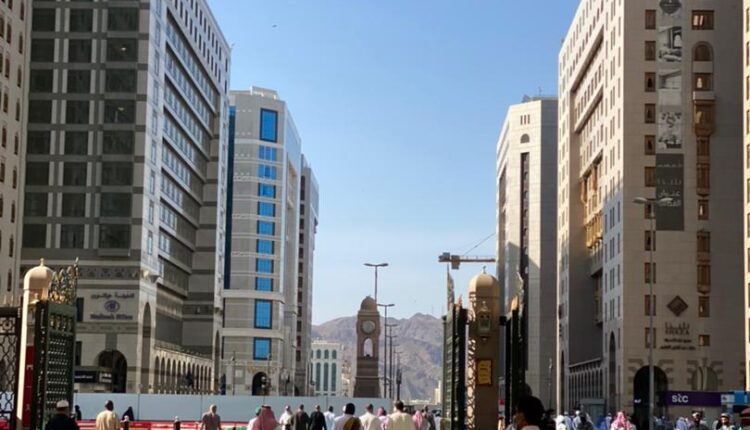 The Saudi Arabia Government has declared that the three-day quarantine for travelers coming into the country would not be made compulsory for visitors within the last 10 days of 2021 Ramadan, contrary to initial COVID-19 guides set for pilgrims after the Kingdom was reopened for visitations.

From the Saudi Arabia government, other measures against COVID-19 including social distancing, wearing of facemasks, and disengagement of unnecessary gathering would still be enforced as well as vaccine certifications and test results have been set as criteria for access into any of its important worships centers within the country.

It said that the decision to relax the COVID-19 protocol was specifically aimed at ensuring visitors, coming to Saudi Arabia for purpose of last 10 days of Ramadan, gain access to places of worship and perform needed spiritual rites without any hindrances.

The country’s government which spoke through various worship centres over the weekend, indicated that the decision to relax its three days quarantine policy, earlier made compulsory for visitors and other restrictions, was concluded during a meeting of heads of government where suggestions were made that adjustment should be made on some of the measures introduced to flatten COVID-19 curve.

It disclosed that directives have been forwarded to appropriate agencies and that the reviews on initial rules were to maintain crowd control, so as to curb an avoidable spread of  COVID-19, since some countries were still reporting high cases of deaths.

It explained that visitors from countries including Nigeria, Indonesia, Malaysia, and other countries would not be deprived of right of performing needed religious rites during last 10 days of 2021 Ramadan and that measures have been put in place to accommodate visitors though, on limited numbers.

According to the Kingdom’s government, visitors and their countries have been put into consideration in terms of religious rites and obligations, but certain rules such as social distancing, wearing of facemasks in public places, staying away from unnecessary gathering among others, must be maintained by visitors.

Confirming the new development, the Saudi Arabia government, through its Ministry of Health spokesman, Dr. Mohammed Al-Abd Al-Aly, assured that the Kingdom would not be imposing curfew so as to enable the remaining 10 days of Ramadan is itch-free, denying that authorities will request curfews during Ramadan or Eid.

When The Guild visited some of the country’s worship centres in Medina, a part of the Kingdom, it discovered that visitors were going about with usual religious rites though, there were slight restrictions on crowd convergence and other measures were enforced to ensure health safety.

The Guild gathered that the Saudi Arabian government’s removal of three days quarantine came as a surprise and that the action was a welcome development to pilgrims since it was not expected by visitors.

Some of the visitors who spoke to The Guild on the developments expressed their satisfaction with the action of the Saudi Arabia government that looked into pilgrims and their religious rites which they might need to undergo during last 10 days of Ramadan.

They indicated that a review of the COVID-19 protocol and suspension of three-day quarantine would enable visitors to have a smooth stay in the country during last 10 days of Ramadan.

A visitor from Qatar, Muhammed Saleh, told The Guild that he and other visitors from his country had prepared for a three days quarantine before news of the suspension reaches them on arrival into the country.

He explained that their initial plans were to stay three days in Medina for quarantine, before proceeding to Mekka after medical clearance but that the process had been waived.

Saleh said that visitors have been going with their religious activities smoothly after Saudi Arabia government announced suspension some of COVID-19 protocol for purpose of the third part of the 2021 Ramadan.

“I am happy that the Saudi government has canceled the three days quarantine that myself and other visitors are supposed to go through. I believe that this decision, if not introduced, visitors’ activities will have been halted during the remaining part of Ramadan.

“It is a good move on the side of this country’s government for relaxing all the laws that would have hinder religious activities of visitors that have come to the country to perform religious rites. Though, some of the criteria set for visitors after an outbreak of  COVID-19 in 2020 were still affecting intending pilgrims and this, the kingdom needs to work it out”.

Another visitor from Jordan, who identified himself as Imam Sherif, disclosed that the Saudi Arabian government’s guidelines for coronavirus had discouraged a lot of pilgrims from visiting Saudi and that circumstances surrounding situation could be understandable.

He stated that due to religious importance attached by the Saudi government, Muslims globally cannot afford not to visit the place at every opportunity but that outbreak of COVID-19 had not made access to the Kingdom difficult since outbreak of the pandemic.

Sherif hinted that usual religious activities within the kingdom may start finding their ways back after the country’s government temporary suspension of few rules that have been denying people free access into worship centers across the holy nation.

“With the new directive, particularly the suspension of earlier orders, visitors have been gaining access into important places within the Kingdom. People with vaccine certifications and COVID-19 test results have been going about with normal activities.

“And security across worship centers have been very friendly and cooperative and this is an indication that things are taking their normal shapes and due time, the Kingdom normalise its COVID-09 protocol”, he added.

Meanwhile, Nigerians and other African countries’ nationals, who arrived at the kingdom’s during the weekend, expressed similar experience just as they commended Saudi Arabian government for suspending some of the country’s COVID-19 protocols that were possibly hindering worshipers efforts in carrying out religious activities.

For Lagos State Pilgrims Board,  its Operation Two Coordinator, Saudi Arabia, Olohungbebe Soliu, disclosed that the board had informed and prepared people going for last 10 of 2021 Ramadan under the state for a three days compulsory quarantine before the Kingdom government announced suspension of some of its COVID-19 protocol for the purpose of remaining period of the holy month.

He hinted that about 53 pilgrims from the state board that arrived Saudi Arabia during the weekend had gone in for the quarantine period before the suspension and that the decision by the Kingdom was a relief on the visitors who believed that initial protocol was likely to truncate their stay, as well as, religious activities they planned to undergo.

Soliu explained that Nigerians were not only visitors affected by the Saudi Arabia government COVID-19 protocols but that rule and restriction application varies according to nations.

He said that COVID-19 medical status and vaccination were made compulsory for Nigeria and that the Kingdom government did not issue lesser Hajj Visa to people above 50 years.

The coordinator added that the age barrier was not initially attached to the lesser Hajj visa application for Nigerians until the Saudi Arabia government released a new traveling guideline and that the development had reduced the number of intending pilgrims that planned to travel under Lagos state pilgrims board.

According to him, the age barrier is affecting pilgrims across Nigeria and only 53 pilgrims with visas have only been lifted by Lagos State Pilgrims Board to Saudi.

“This has not been easy on the sides of Nigeria and Lagos state governments considering the number of Muslims that are willing to travel to the holy land since 2020 after Saudi came under lock due to the virus outbreak.”

” Despite the situation, the board still ensure all pilgrims get vaccinated, have COVID-19 test result, and be under 50 years of age before the lesser Hajj visa were applied for.

“And access to religious and worship centres have not been difficult after the announcement by the government that it was relaxing its COVID-19 protocol for the period of last 10 days of Ramadan. This is better compare to what has been happening since 2020 after virus breakout.

“Security men at places of worship have been very cooperative. They only check for vaccination cards and COVID-19 test results and give visitors access to go about their normal activities without hindrance.

Besides, the Ministry of Hajj and Umrah on Thursday announced that new permits would be available for a voluntary prayer offered between night and the dawn prayer during last 10 days of Ramadan, through two Apps, Tawakkalna and Eatmarna, that have been introduced.

Meanwhile, various ministries and government departments have stressed the necessity of coronavirus disease (COVID-19) vaccinations for their employees as a condition for entering their places of work.

According to the Kingdom ministry of health, employees will have to update their status on the Tawakkalna app, and only those who have received a vaccination, and have the word “immunized” on their app, will be allowed in.

As gathered,  ministries of justice, health, education, Border Guards, Air Defense, and the National Guard have all begun to list employees who have not received vaccines, to protect them and those around them from potential infection while at work.