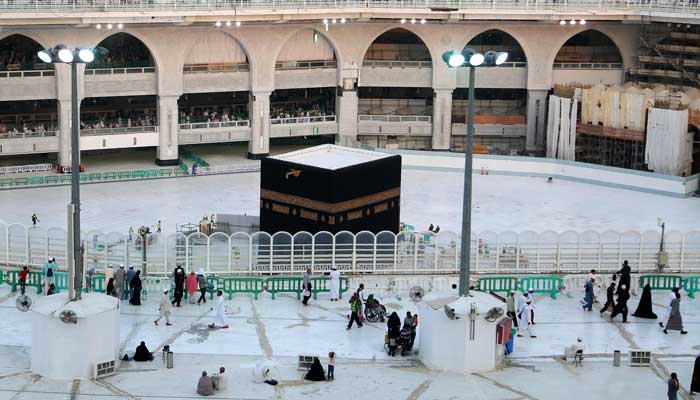 By NewsDesk, with Agency report,

As part of measures to toward ensuring Coronavirus is out under control against further spread and damages, the Saudi Arabia’s Council of Senior Scholars has advised Muslims across the world to pray at home during Ramadan, adhere to lock down directives per countries and maintain social distance as been advised by medical experts, as only avenue to arrest the virus cases .

It explained that  if countries require social distancing to curb the spread of the coronavirus, citizens, particularly Muslims must respect par countries’ orders and that strict adherence to government advise would bring end to the virus in due time.

The body indicated that there was need for its office to advise Muslims across the world since fasting would be commencing during week and that people were used to breaking fast with families and friends and perform evening prayer n in large gatherings at mosques.

Through a statement released on Sunday by the council,  it urged Muslims to avoid gathering such that could lead to contact and touching that reported easiert means of infected with the virus.

“Muslims shall avoid gatherings, because they are the main cause of the spread of infection…and shall remember that preserving the lives of people is a great act that brings them closer to God,” it said in a statement.

Meanwhile, the kingdom’s Grand Mufti, Abdulaziz Al al-Sheikh, had during last week advised that prayers during Ramadan and subsequent Eid al-Fitr feast should be performed at home should  coronavirus outbreak continues.

Since outbreak of the virus, Saudi Arabia  government had reported 8,274 cases of COVID-19,  and 92 deaths so far, the highest among the six Gulf Arab states where the total has reached 24,374 with 156 deaths.

In March, after the virus had been reported in different countries,  the Arabian government stopped five daily prayers, weekly Friday prayer inside mosques as part of efforts, and closed its entire borders from pilgrimage  to limit the spread of the coronavirus.

A week ago, Prophet’s Mosque in Medina city of Saudi Arabia announced that it would be banning its century’s evening meals in the mosque that goes to needy during Ramadan and other prayer services.