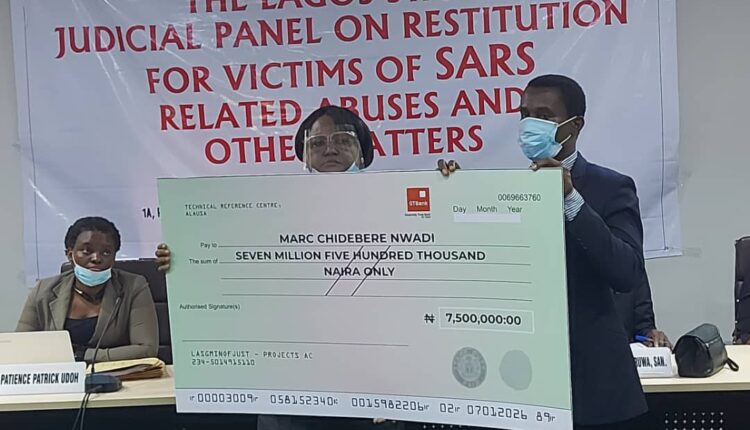 The Lagos State Judicial Panel of Restitution and Inquiry, set up to investigate cases of police brutality especially involving officers of the now-defunct Special Anti-Robbery Squad, has awarded N7.5 million to a petitioner who had spent six years in prison without trial.

Marc Nwadi, a 39-year-old petitioner was said to have been awaiting trial for duration of six years and that such was not justifiable to his human rights and procedure of the system.

The panel held that the petitioner was tortured and abused by officers of the Nigerian Police force without any justification.

In her ruling on Friday, the panel’s Chairperson, Doris Okuwobi, said that the petitioner’s experience was further excavated by his inability to provide a bribe.

Aside from the compensation, the panel also ruled that six police officers involved in the case should be made to undergo a minimum of four training in a year on self-restraint and human right.

“The petitioner was incarcerated by the Nigeria police force at the prime of his life without justification for 6 years and was not tried or sentenced for any crime despite enduring six years in prison and losing a vital part of his youth and opportunities.

“We hereby give an award of N7.5 million to the petitioner. The constitutional time frame within which suspects in custody has to be charged to the court must be observed at all times.