JUST IN: LASG fixes date for schools resumption, other… 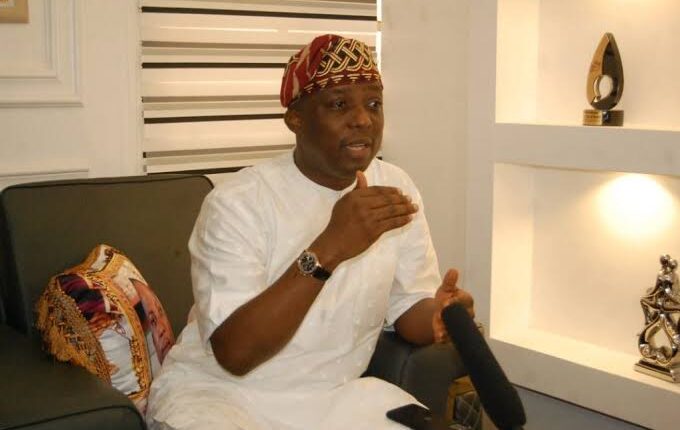 The Special Adviser to Lagos State Governor, Babajide Sanwo-Olu, on Education, Tokunbo Wahab, had advocated for a better security and peaceful co-existence to end kidnapping, banditry and other criminalities that had affected peace and harmony across the country.

Wahab added that the current security challenges confronting Nigeria required not only the military expertise, but the contributions of every citizens to restore the peace and harmony that existed within Nigeria previously.

The aide to the governor, who made this appeal while celebrating his birthday yesterday, stated that these were his wishes and possibly the best gifts he would love to receive from Nigerians as he celebrates another year.

In a statement he personally signed to mark his birthday, Wahab called on Nigerians especially political leaders to shelve their party affiliations and urgently come together to find a lasting solution to insecurity before it degenerates into what may be difficult to manage later.

He added that Nigerians irrespective of ethnic and religious beliefs should unite to build a strong and viable nation that could compete effectively with other countries.

” Nigeria is blessed with Abundant natural resources, best human resources you can think of, people of sound minds and great intellects whose talents and creativity must be fully utilized to the nation’s advantage, our diversity should be our strong weapon for development and greater economic productivity , hence the need for all of us to come together and speak with one voice, that there should be an end to wanton killings and blood letting, we must rise up with new ethical rebirth to build a more united and prosperous Nigeria that we can all be proud of ” Wahab appealed.

On his part, he promised to double his efforts to build a better nation through his office under the Governor Sanwo Olu-led administration in Lagos state.

According to him, the State Government’s reforms of critical sectors especially education has continued to yield positive results, noting that the impact of Education and Technology as an important component of the T.H.E.M.E.S agenda were currently been felt in institutions of learning across Lagos.

He recalled that the Lagos State University (LASU) is at present rated as the second best University in Nigeria and under the administration ranked among the best 600 institutions globally, a testament of the growing researches and academic excellence in the institution.

This Special Adviser, who attributed the successes to the visionary leadership of the Governor and his deputy, Dr Obafemi Hazmat, hinted that their passion and selfless services to institutionalize good governance in line with the vision of founding fathers of Lagos has earn the state different accolades.

While thanking people for their goodwill messages, prayers and celebration of his birthday, Wahab urged Lagosians to continue to live in harmony, tolerate one another, support various on going reforms and enjoy the beauty of transformational democracy.