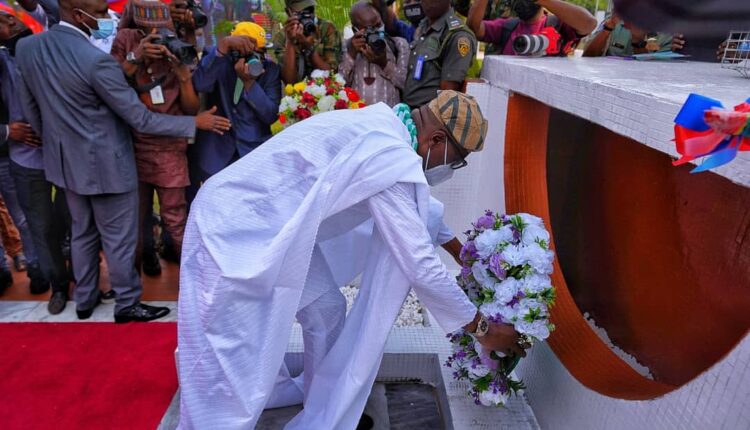 The Lagos State Governor, Babajide Sanwo-Olu, and his Borno State counterpart, Babagana Zulum, have reiterated commitment to officers and men of the Nigerian Armed Forces’ welfare, particularly the ex-servicemen.

The duo assured that they are hugely committed to doing more in ensuring the wellbeing of officers and men of the Nigerian Armed Forces and legionnaires in their respective states.

Speaking separately on Friday during the laying of wreath in Maiduguri to mark the end of this year’s Armed Forces Remembrance Day celebration in the state, Zulum noted that the importance and impact of the security agents in the Borno cannot be overemphasized.

Zulum, who was represented by his Deputy, Umar Kadafur, said that the military deserved to be celebrated by the government and people of Borno for their sacrifice to ensure peace in the state and the North-East region as a whole.

“Last week, I had an interface with the leadership of the Nigeria Legion, I made N10 million contribution to the families of the fallen heroes. I am also willing to do more to cushion their hardship.

“We must, therefore, spare some time, resources and our blessings to remember these heroes always, not just in January of every year, but in our daily prayers and activities.

“Let me reiterate that government is fully aware of the predicament of the ex-servicemen and will do anything possible within its limited resources to give them the necessary attention they required at all time,” Zulum said.

On his part, Sanwo-Olu commended all officers in the Military, Nigerian Police, and the legion for their efforts in protecting the country against external aggression and keeping the peace internally.

Speaking at the year 2021 Armed Forces Remembrance Day parade and wreath-laying ceremony at the Remembrance Arcade, Tafawa Balewa Square (TBS), Lagos, Sanwo-Olu said that Nigerians should be thankful to God for celebrating this year’s ceremony despite the COVID-19 pandemic.

“It is usually a yearly ceremony and we are thankful that this year’s ceremony could still be observed.
“I want to congratulate and commend all of our officers in the military and also the Nigerian Police, but more especially men of the Legion and everybody that has participated in this year’s Armed Forces Remembrance ceremony, the parade, men on guard and everything.

“I think it has been a testimonial and it is a yearly ritual that we are thankful to God that we can still keep this year’s activity as important as it is. We were still able to observe all of the protocols and you could see that everything has gone very well. It is just a one-hour event and we are thankful for the organisers that they have been able to put this together again,” he said.