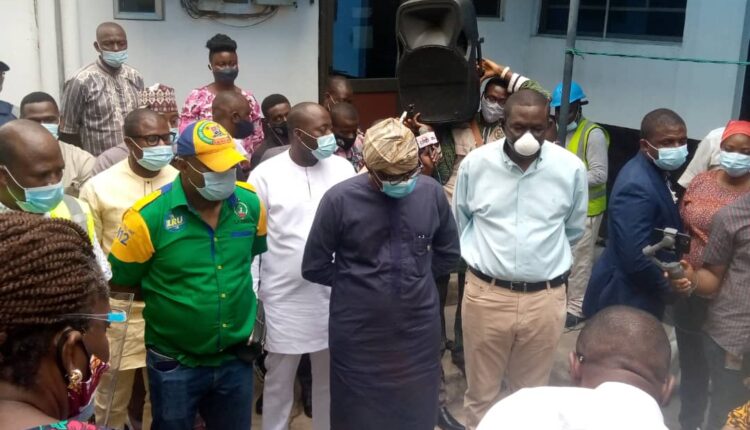 Share
The Lagos State Governor, Babajide Sanwo-Olu, has visited the scene of helicopter crash that claimed three lives in Opebi, Ikeja axis of the state and ordered that affected buildings should undergo immediate integrity test.
Sanwo-Olu said that the test would determine the building status and ascertain if it was habitable for residents to return after the crash.
The governor’s visit came barely 24 hours after the ill-fated Bell Helicopter 206B3 owned by Quorum Aviation ltd crashed on two buildings on Salvation road in Opebi, Lagos.
During the visit on Saturday, Sanwo-Olu, who commiserated with families of the victims and residents whose were destroyed, disclosed that the government would provide necessary support to cushion effects of this tragic incident .
He said: “I was at the site of the helicopter crash at Opebi for an on-the-spot assessment. We sincerely sympathize with the families of the victims.
“I met with the residents of the buildings and we all thanked God for his abiding grace. I have ordered an immediate integrity test conduct on both of the affected buildings to know the level of impact.
“We are taking on the responsibility of renovations and will provide all the necessary support to cushion the effects of this tragic incident”.