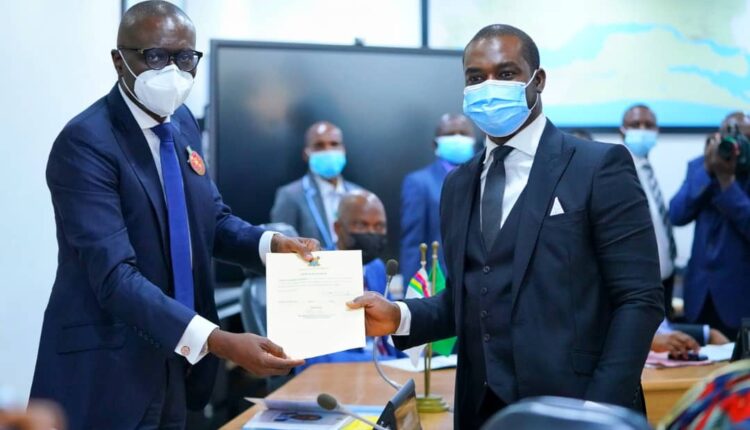 He said it had become imperative for both judges to build on their sterling track records of uprightness which earned them the National Judicial Commission (NJC) nomination in the first place, adding that it was only such qualities that could take them to the zenith of their careers.

Speaking at their swearing-in ceremony on Wednesday, Sanwo-Olu affirmed that the duo earned their nominations and subsequent appointments to the High Court of the state based on their sterling credentials and experience in their respective areas of engagement.

Furthermore, the governor reiterated his administration commitment toward prioritizing judges welfare in the state, adding that his government would continue to accord members of the judiciary the necessary support required to discharge their duties diligently to the people of the State.

“We have enjoyed tremendous support from the judiciary led by the Chief Judge who constantly brings forward a leadership that is second to none. And the least we can do is to continue to ensure that we give that arm of government all they require to continue to administer justice, to be the voice for the voiceless, and to continue to let our citizens believe that Lagos State Judiciary is working well for all of them.

“We will continue to ensure that we give our judicial arm of government all they require to continue to do what they know best, which is to serve our citizens. Our government realizes and appreciates the services and sacrifices of our judges, even at these difficult times as they continue to respond to the needs of our citizens.

“I want the new justices to use this opportunity to reassure our citizen and the judiciary that you would continue to remain an example of equity and fairness, doing your work with integrity at the highest level. Those are the things that delight us and what we want to hear. I wish the Lagos judiciary all the very best.”

Speaking earlier, the state’s Attorney-General and Commissioner for Justice, Moyosore Onigbanjo (SAN), said that swearing in of the two judges was one of the constitutionally recognized functions of the governor to oil the wheels of the judiciary, adding that the newly appointed justices were the two that top the selection process.

In his remark, the Chief Judge of Lagos, Justice Kazeem Alogba, said that the occasion was another testimony of Sanwo-Olu’s commitment to the judiciary and administration of justice in the state.

Giving a vote of assurance on behalf of the newly sworn-in judges, Aigbokhaevbo assured that they would administer justice with integrity and fairness in order to take the judiciary to higher heights.

Justice Aigbokhaevbo, who commended Sanwo-Olu for his efforts and passion for justice in the state, promised that they would not disappoint the governor and people of the state.