Aviation workers may get COVID-19 vaccine ahead other… 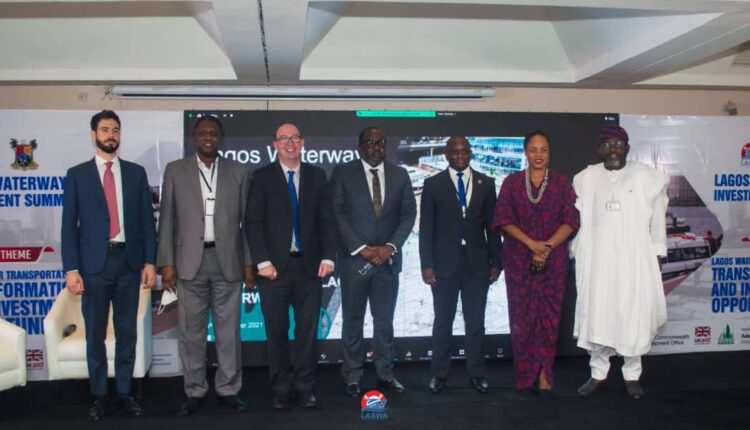 The Lagos State Governor, Babajide Sanwo-Olu, has disclosed that numerous benefits were already available for investors in the water transportation system in the state, saying there are vast potentials on the waterways available for any potential investor.

Sanwo-Olu said that the state government has put in place several infrastructures on the waterways that would ease investors’ operations across the state.

The governor stated that “these interventions, we believe, will further boost the enabling environment for investments by the private sector”.

The intervention by the state government, according to the governor, has further revealed the great potential available for private sector investment on Lagos waterways.

He disclosed the benefits awaiting investors on Wednesday during the first waterways investment summit themed: themed “Lagos water transportation -Transformation and investment opportunities’, held in the Ikoyi axis of the state

The event organised by the Lagos State Waterways Authority (LASWA) in collaboration with  Future Cities Nigeria (FCN) was attended by captains of the industry, representatives of the British Government, Local and international business leaders, top government functionaries, investors, and senior stakeholders in the maritime sector and others.

As gathered, the event was part of LASWA’s effort at making water transport an attractive mode of transportation in Lagos state and was put together to discuss business and investment opportunities for private entities on the Lagos inland waterways.

Addressing the investors, Sanwo-Olu, who was represented by his Special Adviser on Public-Private Partnership, Ope George, reiterated that the State Government would continue to invest towards ensuring an enabling environment required for the private sector to thrive.

“The Waterways, our focus at this Summit, has witnessed major infrastructural upgrades and the establishment of several safety systems. In terms of Infrastructural Upgrades, 16 Jetties and Terminals have been upgraded/constructed, there are 21 ferries operating on the waterways and several priority Waterways Routes have been channelized.

“Regarding Safety Systems, we have expanded the Water Guard Corps to adequately monitor the Jetties/Terminals, and an Inland Waterways Control Room has been set up to monitor waterways activities and gather data. This Control room will be the first of its kind in West Africa. There is also the Upgrade of the Search and Rescue Units to respond to emergencies and accidents, just to mention a few of what we have been doing in this sector.

“I am very sure that at the end of it all, you will be well informed and ready to exploit the various waterways opportunities available for investment”, the governor added.

During the event, different sessions were had, including waterways legal framework, improving boat building capacity, financing licensed operators, safety and security on the waterways, and other extensive deliberations on improving operations and the viability of the waterways sector.

Representative of Commissioner for Waterfront and Infrastructure Development, Special Adviser to the Governor on Sustainable Development Goals (SDGs) and Investments to the Governor of Lagos State, Solape Hammond, and Chairman House Committee on Transportation, Temitope Adewale.

Police carries out autopsy on Sylvester Oromoni’s body amid mourning