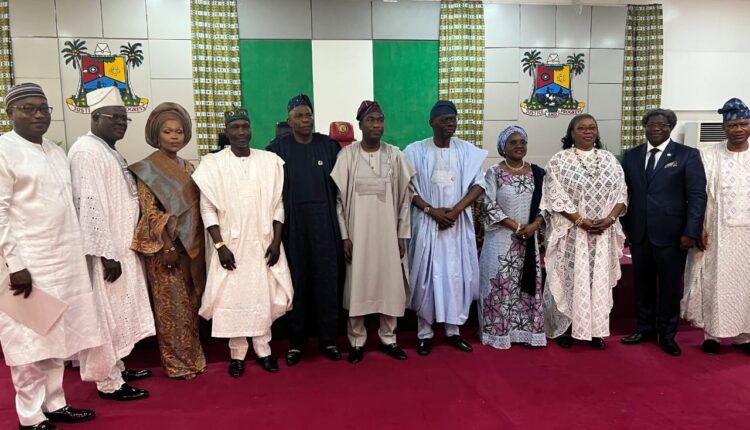 In a bid to ensure citizens get dividends of democracy, the Lagos State Governor, Babajide Sanwo-Olu, has reappointed two of his former aides that resigned to contest the 2022 primaries on the platform of the All Progressives Congress (APC) and five new others, as members of his cabinet.

The former aides reappointed by Sanwo-Olu and assigned their previous portfolios were: Aderemi Adebowale as Special Adviser, Civic Engagement, and Toke Benson-Awoyinka was deployed to the Office of the Special Adviser on Housing.

Among the five new appointees was the Oto-Awori Local Council Development Area (LCDA) ex-chairman, Robert Bolaji, who was picked by the governor as his Special Adviser on Local Government, and Chieftaincy Affairs.

Appointments of the five new aides were specifically to fill the vacuum left by the governor’s former appointees’ that resigned to contest for APC House of Representatives tickets during the primary held across the state ahead of 2023 general elections.

Sanwo-Olu, while addressing the reappointed aides and five others at the state house in Ikeja, said that the decision to reappoint them was the administration’s importance given to continuity in governance.

He, meanwhile, noted that the new aides were picked among the various names brought forward due to their capacity and accomplishment in their various fields of private endeavours and public offices previously held in the state.

He added that they were considered for the office after a thorough evaluation of their commitment, dedication, and professionalism in their private as well as public endeavors, and that they belong to the set of people whose ideas and decisions would further impact the lives of over 20 million Lagosians daily.

According to him, the role, as you might have imagined, is a demanding one, requiring intense levels of hard work and dedication. You will be expected to hit the ground running, especially considering that we are in the final year of our first term in office. You must quickly familiarize yourself with our grand vision and governing agenda, and with the specific roles and contexts of your assigned portfolios.

While charging the appointees to consider millions of Lagosians whose lives depend on their decisions daily, the governor stressed that the offices were created to improve the welfare of the public and that anyone overseeing its affairs must ensure that it works not for its purpose.

He urged the new appointees to immediately familiarise themselves with the administration’s THEME Agenda, in other to assist them to understand the government’s drive and in other to perform effectively.

“Let me remind you all that this appointment must not be seen as an opportunity for self-service. Whilst discharging the responsibility that will be assigned to you, you must imbibe our culture of transparency, accountability, fairness, and value for money.

“I charge you to show commitment, diligence, and exemplary leadership as the necessary virtues needed to achieve the greatness we desire for our State and to deliver the prosperity our people deserve”.

Benson-Awoyinka, who delivered the acceptance speech on behalf of the appointees, appreciated Sanwo-Olu for his faith in the appointees’ ability, pledging to work with Sanwo-Olu to deliver the Lagos of citizens’ dream.