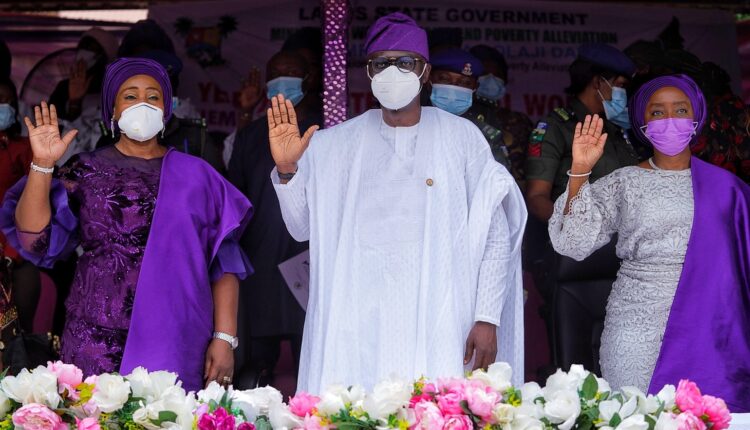 The Lagos State Governor, Babajide Sanwo-Olu, has reiterated his administration’s commitment towards promoting gender equality and widening opportunity for women to have a place in his government.

Sanwo-Olu added that solving issues facing women and youths had remained a priority to his administration, pledging that his Government would continue to support women as well as fight against actions denying women opportunities to actualize leadership potentials in the state.

The governor, who gave the assurance at the 2021 International Women’s Day celebration organized by the Ministry of Women Affairs and Poverty Alleviation held at Police College, Ikeja on Tuesday, pledged that women would continue to have space in his government.

He noted that the contribution of women to Lagos development over the years particularly last year when the state became the epic center for coronavirus in Nigeria indicated that women cannot be relegated to the background.

“I will continue to support women, not due to what the state had gone through in the last one year, but because women have led the conversation during the COVID-19. We have seen more female doctors come up as caregivers in all of our hospitals and isolation centers. Indeed women are the ones that have saved lives, they are the true hero, they are also the real essence that all of us are living today”, the governor added.

Sanwo-Olu further disclosed that his administration had empowered over 50,000 women through Ministries of Youth and Social Development, Wealth Creation, and Women Affairs and Poverty Alleviation (WAPA) in various skills and vocations that would enable them contribute to socio-economic development of the state.

He said: “As a man, father, and with all sense of humility as a Governor of Lagos State, I acknowledge the role women play in the development of the society to stand to ensure that our women and not left behind that the opportunity to actualize our potentials is greatly dependent on the position and opportunity that were given to our women.”

“About 50,000 women and youths have been trained and empowered in various skills and vocations that will enable them to contribute to the socio-economic development of the State. To further want to demonstrate our commitment to the course of women in Lagos State, this administration has declared zero tolerance for all forms of domestic violence against women, particularly the issue of rape.

“All Government agencies have my full backing in their daily efforts to fight against the menace of violence facing women and young ladies in the state. Any society that fails to support women and help them to achieve their potential stands to lose its essence,” he added.

The governor, who spoke on this year’s theme, ‘Choose to challenge’, challenged women to continuously amplify their voices in the quest for gender parity and desire to occupy more leadership space.

While stressing that there was no limit to what a woman can achieve if given the opportunity and support, he tasked women to end stereotypes, eradicate bias views, and widen their perspectives on vital issues affecting society.

At the occasion, First Lady of Lagos, Dr. Ibijoke Sanwo-Olu, celebrated the courage and commitment of female caregivers, frontline medical practitioners, activists and political leaders, who daily laboured to flatten the curve of the COVID-19 pandemic.

The First Lady noted that the pandemic had further exposed women to sexual and gender-based violence, particularly rape, which she described as “a pandemic within the pandemic”.

She observed that women still faced significant cultural, socio-economic and political barriers to accessing leadership, stressing that the only way to change the narrative was for every woman to rise in collective and take their destinies in their own hands.

She said: “My dear women, I urge every one of us to take our individual and collective destinies in our hands. Let us not stop at ‘Talk the Talk’, it is time to ‘Walk the Walk’. It is time to think big and aim high. It is time to challenge ourselves, like the media slogan for 2021 International Women Day says, #ChooseToChallenge.”

The Commissioner for Women Affairs and Poverty Alleviation, Bolaji Dada, praised the governor for the opportunities accorded to women in his cabinet and State Government’s appointments.

Dada said that the theme of the Women’s Day commemoration celebrated the courage of women around the world in standing against stereotypes, inequality, and violence.

She urged women not to relent in their strive to reach the pinnacle of their endeavours, noting that there were many powerful positions to be filled by women to change the socio-economic landscape in the country.