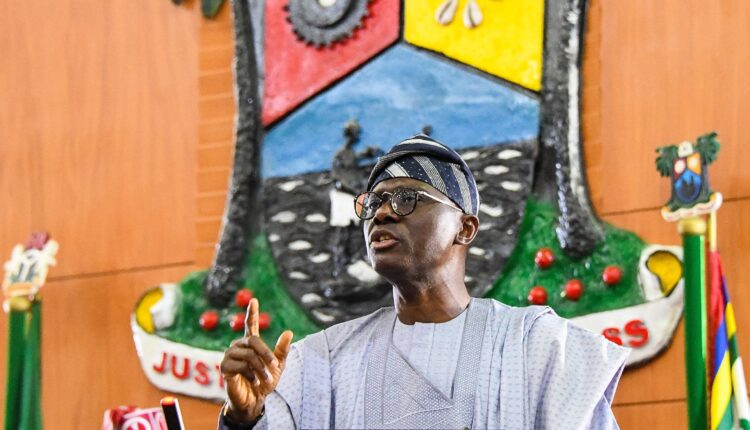 The Lagos State Governor, Babajide Sanwo-Olu, has disclosed the state government concluded plans to build a 1,500-bed space psychiatric hospital in Ketu-Ejirin axis of the state, with an aim to address various health issues through the proposed facility.

When completed, the psychiatric hospital would be one of the biggest facilities in Africa where solutions to mental health, cases are expected to be available to patients.

Sanwo-Olu also promised the completion of another 150-bed space medical park which he said was designed to attract experts and make Lagos become a medical destination for patients across the world.

He indicated that since medical tourism was estimated at US$1billion annually, the state’s medical park has the capacity to share the revenue and also provide 3,000 direct and indirect jobs when completed.

Speaking before Lagos Assembly lawmakers during the 2022 budget presentation, he further disclosed plans to build an Infectious diseases research institute in Yaba axis, to prevent any possible spread of disease that broke out globally to Lagos and stop any other that may want to arise within the state.

Sanwo-Olu stated that his administration was committed to providing adequate healthcare for Lagosians and that part of his promise from THEMES agenda was the plan to build 1,500 psychiatric hospital beds space and a 150-bed multi-disciplinary specialist facility, which amount to 1,650 beds space.

The governor, at the House on Wednesday while presenting the budget christened ‘Budget of Consolidation, noted that discussions on the facilities, aimed at ensuring residents of Lagos get a better health system at their disposal, were already at advanced stages.

According to him, in line with our vision as a State, to continue to position for continental and global leadership, we have reached an advanced stage in our plan to develop a world-class medical park in Lagos State.

“This planned Medical Park will include a 150-bed multi-disciplinary specialist hospital and attract medical experts as well as patients from around the world and will capture a good portion of the Nigerian medical tourism spend, which is estimated at about US$1.0b annually, in Lagos. It will create about 2,000 jobs during construction and about 1,000 jobs during operation.

“We are also finalizing plans to build a 1,500-bed psychiatric hospital at Ketu Ejirin, and an Infectious Diseases Research
Institute in Yaba”, Sanwo-Olu added.

Also, as part of the efforts to ensure quality healthcare services and affordability, the governor stated that the recently launched health insurance scheme, Ilera Eko, has been boosted to have over 540,000 Lagosians onboard and added 222 health care providers spread across the 20 LGAs in the state.

Sanwo-Olu, meanwhile, admitted that the number was a far cry from the number of Lagosians that should have signed up for the scheme designed to scale up healthcare delivery across the state.

“I would like to encourage Lagosians to take advantage of “Ilera Eko” and get enrolled. There is indeed no quicker way for our people to be impoverished than to find themselves sick without a means to pay for the quality of medical services required”.