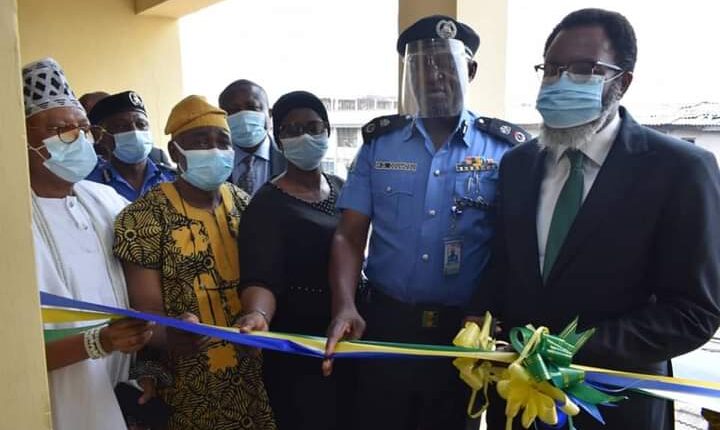 The Lagos State Governor, Babajide Sanwo-Olu, has pledged to improve the state’s criminal justice system and ensure adequate enforcement of law and order across Lagos.

Sanwo-Olu, meanwhile, has directed the Nigerian Police prosecutors and the team of District Prosecutors, who the state has deployed to all State Magistrate Courts, to partner and vet charges before they would be filed.

The governor, who stated these at the formal unveiling ceremony of a remodeled library at Lagos State Criminal and Investigation Department (SCID), Panti in Yaba, Lagos Mainland council, noted that the facility demonstrated commitment of the State Government towards collaborating with the Nigerian Police to ensure rule of law across Lagos.

He argued that the library would further educate Police Prosecutors on Legal issues and enable prompt and efficient attendance to legal matters in court and to further deepen their legal knowledge.

Sanwo-Olu, who was represented by the Attorney General and Commissioner for Justice, Moyosore Onigbanjo, disclosed that the facility had been equipped with Computers, Photocopiers, Printers, Electronic research tools of the Law Pavilion,

The governor, while noting that relevant books on the Laws of Lagos State had been supplied, added that more books would be supplied to the library every year. 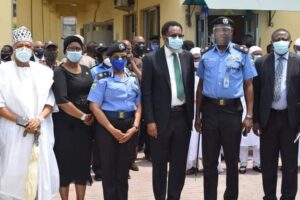 He, therefore, urged Police Prosecutors who are partners in justice delivery to make the benefits of the new library reflect in their oral arguments of Cases and presentations before the court.

Earlier, the Commissioner of Police, Hakeem Odumosu, while appreciating the governor for the project, reiterated that the Police were law enforcement officers that have a good understanding of Lagos laws.

Odumosu, however, stated that with the provision of new library, the law enforcement agency would keep themselves abreast of legal information to be used in carrying out their duties more efficiently within the court and outside.