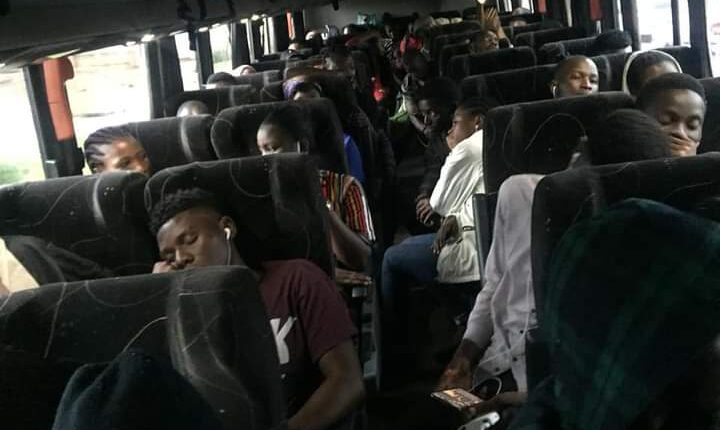 The Lagos State Governor, Babajide Sanwo-Olu, has evacuated students of Lagos origin currently studying at the University of Jos (UNIJOS), following the recent attacks in Plateau State that had resulted in the murder of over 30 people in the state.

The crisis within the council further resulted in the management of UNIJOS announcing a complete closure of the learning institution to prevent any breakdown of law and order.

Sanwo-Olu, it was learnt, on Monday directed the Office of the Special Adviser on Education, Tokunboh Wahab, to ensure that all students from Lagos State were brought back from the trouble zone safe and sound.

The governor was said to have taken the decision as part of the strategy to prevent the students from becoming victims of attacks after a thorough analysis of the crisis rocking Plateau state.

To ensure that the students return easily, the Special Adviser’s office was said to have approached the governor with the strategy for evacuation which was approved immediately.

Part of the strategies adopted for evacuation of students, a source close to the office of the governor, said was the deployment of a team led by the Senior Special Assistant to the Governor on Tertiary Education, Youth, and Student Relations, Omotayo Sanyaolu, to the state.

The source added that to also ensure a hitch-free movement, well-armed security personnel were assigned to escorts the team to and from Lagos state.

Another source disclosed to The Guild that the students’ evacuation started on Wednesday, August 25th, and that they were expected to arrive in Lagos on Friday, August 27th, when they would be addressed by the governor.

Some of the students, in a video-monitored by our correspondent, were seen in a bus well guided by law enforcement personnel commending the governor for his proactiveness and prompt response.