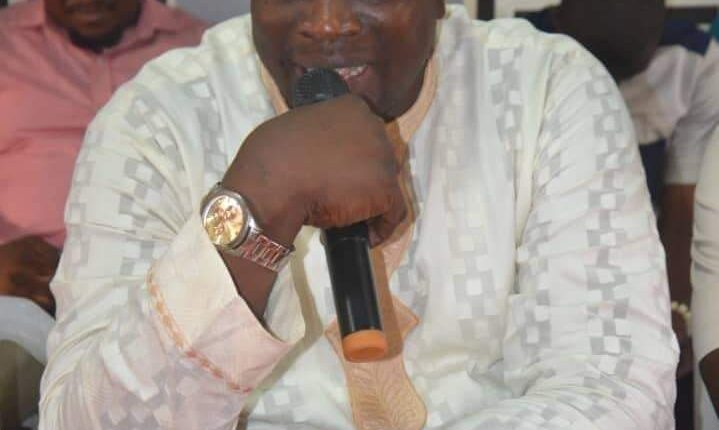 The Lagos State Governor, Babajide Sanwo-Olu, and the Deputy Chairman of the House of Representatives Committee on Steel, Ibrahim Obanikoro, have expressed sadness over sudden death of the Chairman of Eti-Osa East Local Council Development Area (LCDA), Olufunmi Olatunji, describing the deceased chairman as a committed democrat.

They said that the chairman’s death came at a critical moment in the state particularly in Eti-Osa East where he had distinguished himself as an invaluable asset and as a public officeholder that was committed to development of the council.

While describing the deceased as an extremely loyal politician, Sanwo-Olu and Obanikoro, in a separate condolence message issued on Tuesday, stressed that the former chairman lived a fulfilled life and impacted many lives through selfless service to the people of Eti-Osa East LCDA, Lagos State, and humanity at large.

The statement came hours after Olatunji, who was already picked as the All Progressives Congress (APC) chairmanship candidate for the July 24 Local Government elections in Lagos State, died after a brief illness and was been buried in accordance with Islamic rites at his residence in Sangotedo axis.

Sanwo-Olu, in a statement by his Chief Press Secretary, Gboyega Akosile, stated that the chairman’s demise was a big loss and that it has left a vacuum in the council that would be hard to fill.

Sanwo-Olu, who also condoled with the immediate family of the departed, the National Leader of APC, Asiwaju Bola Tinubu, Lagos APC, Conference 57, and the entire people of Eti-Osa East LCDA over the death of the late council boss, prayed that God grant the deceased eternal rest.

He said: “The death of Olufunmi Olatunji is a painful and great loss to Lagos State. I am saddened by the death of this fine gentleman; a loyal party man and committed democrat.

“There is no doubting the fact that he would be missed by the entire political class, particularly Eti-Osa East LCDA, Lagos APC family, and the state as a whole,” the governor added.

Obanikoro, who currently represents Eti-Osa Federal Constituency at the National Assembly, hinted that the former council boss’s death came to him as a rude shock, considering the clean bill of health that he had often received from medical experts.

The lawmaker, in a statement he officially signed, disclosed that their engagement in public and party activities further showed his loyalty to the party, APC, and an invaluable asset to Eti-Osa East LCDA and Lagos State in general.

According to him, Olatunji will be greatly missed by all, and my condolences to his immediate family and the people of Eti-Osa East that will miss his contribution to development of the LCDA.