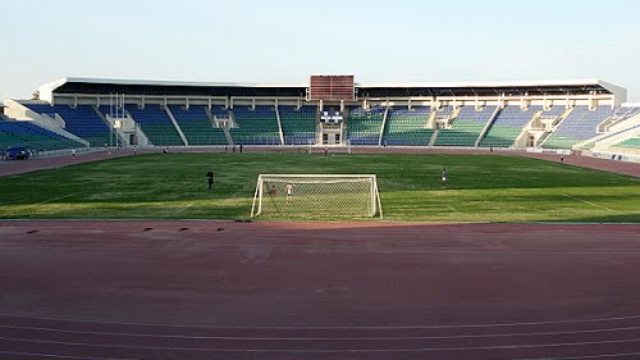 As a mark to honour and remember late Brigadier-General Mobolaji Johnson’s contribution to Lagos, the State Governor, Babajide Sanwo-Olu has named the Onikan Stadium after him.

Announcing the change in name, Sanwo-Olu, at a Day of Tribute held for Johnson (retd), the first Governor of Lagos State at the sports facility on Lagos Island, described the deceased as the people’s governor.

“In whatever role we knew him, the first and longest-serving military administrator of Lagos State stood out as a special person for his leadership and charismatic personality. If anyone was qualified to be addressed as “an officer and a gentleman”, it was General Johnson. Despite his imposing frame, he was as gentle as a dove.

“He never threw his weight around, even though he was a man of power. He was a man of authority, but he was never authoritarian. Though a soldier, he never ruled with an iron hand; he was compassionate.  Gen. Johnson was a gentleman in the true sense of the word.  A prince among soldiers, he had the common touch”.

The governor stressed that the occasion though demands somber nature but still serves as an opportunity to eulogies Johnson for his service to the state.

“A quintessential manager of resources, Gen. Johnson touched and transformed thousands of lives through his foresight, service, and industry. He was a symbol of decency, humility, and integrity, fairness and justice.

“He was always willing to offer his wise counsel and experience whenever the need arose. Even while it was obvious that his health could not really rigorous endeavours, Gen. Johnson was a regular feature at every major Lagos State Government groundbreaking event. Such was his unbelievable and unswerving commitment to the cause of Lagos State. How then are we not going to miss him sorely?

“So it is my hope that today’s event will help to reaffirm our resolve to pursue our journey to a Greater Lagos that he envisioned and my administration is committed to delivering.