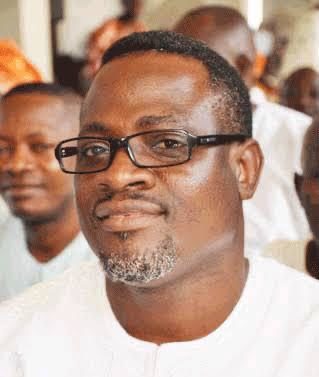 The Lagos State Governor, Babajide Sanwo-Olu, and the state house of assembly have waded into the financial misappropriation crisis that had been rocking Surulere Local Government that resulted in the Councillors sealing office of the council chairman, Tajudeen Ajide, over inability to give a detailed expenditure.

To resolve the crisis, the governor and the lawmakers were said to have invited all parties involved for a reconciliation meeting, even as they have instructed the embattled council chairman not to grant any interview on the case to avoid the crisis from further escalating in the council.

Sanwo-Olu and the house waded in barely 24 hours after the legislative arm of the council, who had earlier suspended the chairman, sealed his office over alleged misappropriation of funds and abuse of office and appointed the Vice-Chairman, Sulaimon Yussuf, in acting capacity to prevent a vacuum in the administration of local government affairs. 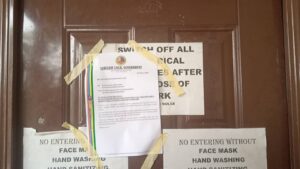 The ongoing reconciliation move was confirmed in a statement made available to The Guild on Tuesday by Ajide’s aide, stressing that some leaders of the All Progressives Congress (APC) have also waded in, appealing to all parties to sheath their swords.

In the statement, the chairman was quoted to have debunked the allegations and attributed the face-off to disagreement on ideology, assuring residents of the council that efforts were ongoing to resolve the face-off and restore peace as well as harmony to the council.

He, meanwhile, urged Muslims to use the holy month of Ramadan to pray for the country and Lagos State to overcome all challenges that could affect developments.

Before sealing the council chairman’s office, the nine legislatures had collectively written to the Area C Police Command to intimate him of their resolution to distort the processes within the council. 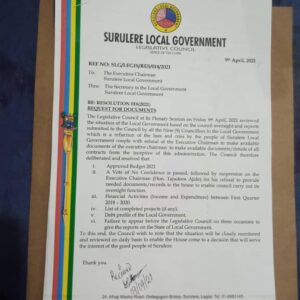 According to the lawmakers, the decision to suspend Ajide, which was collectively made by the nine Councillors in the council, was carried out to enable them to conclude their ongoing investigations on the council funds.

The lawmakers said: “We, hereby, pass a vote of no confidence followed by suspension on the Executive Chairman, Tajudeen Ajide for his refusal to provide needed documents/records to the house to enable the council to carry out its oversight function.

“The Chairman also expended the sum of N60 million, which was not budgeted for in 2020, on the pretext of variation on the construction of Primary Health Centre at Akerele which is an impeachable offence”.

“Given the foregoing, Council resolved that since the Chairman was invited on three occasions in 2021 and refused to honour all the invitations, Council, therefore, resolved that the Executive Chairman be suspended from office to enable the Legislative Council to conclude its investigation. Therefore, the Legislative Arm seeks the approval of the House of Assembly for the impeachment of the Local Government Chairman.”