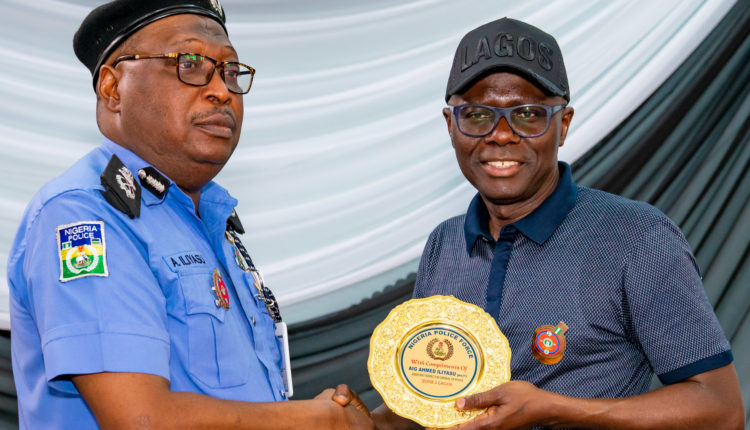 Share
By Olawale Abdul-Fatah
Following fresh cases of kidnapping and pipeline vandalism recorded in Lagos, claiming lives and destruction of property, the State Governor, Babajide Sanwo-Olu, has ordered Commissioner of Police, Hakeem Odumosu, to immediately dislodge criminals relocating to creeks.
Sanwo-Olu added that Odumosu should deploy highly professional and disciplined personnel to operations in the creeks and border towns within riverine communities.
The governor, who gave the directives while commissioning Area L Police Command in Ilashe, a riverine community in Amuwo Odofin Local Government, stressed that the new Command was strategically positioned in Ilashe riverine community to improve security on waterways and strengthen the capacity of the police to efficiently combat criminalities in border towns.

He vowed that his administration would spare no effort in making Lagos safe for investments and living, pledging that more resources would be committed to fortify security operations across the State in line with his Government’s agenda to improve socio-economic wellbeing of Lagos residents through good governance.

He said: “The commissioning of the headquarters for the Area “L” Police Command will further strengthen the capacity of our security network with the synergy of other sister agencies to effectively monitor the activities of miscreants, smugglers, pipeline vandals, kidnappers and sea pirates, who pose a serious threat to the economic wellbeing of our State.

“I am extremely delighted with the level of progress we have achieved in building and sustaining the security infrastructure in Lagos, given the challenges we face in terms of controlling crimes in inner cities and boundary communities. The Command will now fully commence regular operations that will be targeted at ensuring safety and security on our waterways, while also deploying personnel to dislodge criminals from creeks and riverside communities.”

Sanwo-Olu, joined by the Deputy Governor, Dr. Obafemi Hamzat, and of the State’s cabinet, said the creation of additional Police Command was in fulfillment of his administration’s promise to leave no community behind in the quest to turn Lagos to a model ‘Smart City’.

While stressing that his administration would not condone any form of intimidation, coercion or molestation of law-abiding residents by anyone including security operatives, Sanwo-Olu said the State Government would be signing a two-year maintenance agreement with a private firm in order to keep the facility durable and clean.

The Assistant Inspector General (AIG) of Police in charge of Zone 2, which comprises Lagos and Ogun states, Ahmed Ilyasu, assured Sanwo-Olu of effective policing in the riverine towns, pledging that officers with high sense of professionalism would be deployed to man the Area Command.

Odumosu, while appreciating the gesture extended to law enforcement officers in Lagos, disclosed that the new Area Command would enhance the capability of the police to dislodge criminals and secure valuable assets located in border towns within Amuwo Odofin.

He said the Command would now supervise the operations of Divisional Police Stations in riverine communities of Oriade local council, including Ilashe, Ibeshe, Irede, Irewe/Osolu, Igbologun, and Takwa Bay.

The Commissioner said the proximity of the new Command to communities in the area would reduce the time lag of the police response to their security needs.

“As police officers, it is our duty to ensure safety of lives and properties in line with Governor Sanwo-Olu’s agenda to reposition the economy of Lagos by making the State the most secure megacity. The establishment of the Area “L” Command and subsequent building of an operational base is a milestone for the police and the State Government.

“It is a symbolic manifestation of Mr. Governor’s commitment to secure Lagos by creating a comfortable working environment for our personnel to be deployed to carry out their statutory duties in the Command”, Odumosu added.