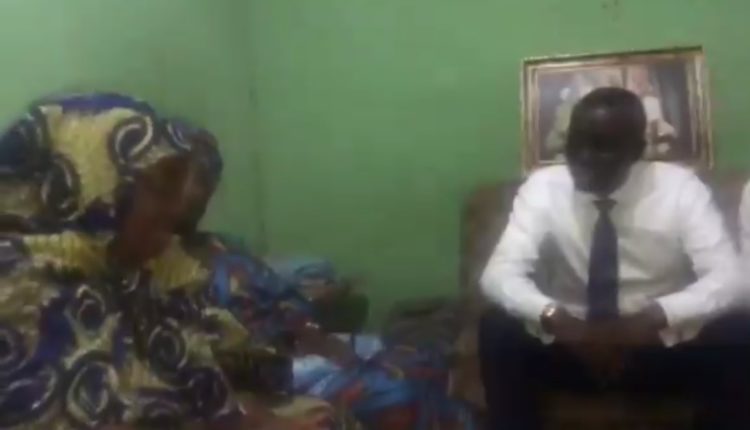 Two days after an officer of the Lagos State Traffic Management Authority (LASTMA), was confirmed dead after mob attack in Apapa, the State Governor, Babajide Sanwo-Olu and his deputy, Dr. Obafemi Hamzat, paid the family of the deceased a condolence visit.

The deceased LASTMA officer, Ola Oyeshina, was confirmed dead by medical officials at Lagos University Teaching Hospital (LUTH), 24 hours after his attackers hit him with a big stone.

It was gathered that Ola was attacked at about 5pm while addressing the gridlock in Iganmu-Sifax axis of Apapa.

Sanwo-Olu, who led members of his cabinet to pay a condolence visit on the deceased family at their home on Oni Street in Surulere Local Government on Monday, arrived the house at 5pm.

While apologizing for delay in paying the condolence visit, the governor explained that the visit was not to heighten emotions but to console the family.

Sanwo-Olu said: “We did not come immediately the news broke on Saturday because we want the emotions to have subside. And that is why we have come today”.

He disclosed that the deceased was someone  that has remained dedicated to work, adding, he his someone that we know well.

Earlier, General Manager of LASTMA, Olajide Oduyoye, who described the deceased as a promising officer,

stressed that the functions of the organization was entrusted to them by a law passed by the State House of Assembly in the year 2000 and amended in the year 2018.
He therefore assured that the perpetrators of the dastardly act that were caught will be prosecuted in the court to serve as deterrent to other members of the public who may harbour committing such crime in future.
Oduyoye revealed that “LASTMA was established to manage and control traffic in order to reduce the people’s travel time on our roads, increase economic growth through increased productivity and ensure the populace safety and security, a situation where road users will now turn against any government official in order not to answer the consequences of breaking the law is unacceptable and would not be condoned henceforth”.
Oduyoye emphasised that with the recent inauguration of a committee on war against traffic and environmental offenders, there is no more hiding place for Lagos residents or visitors that go against the law.