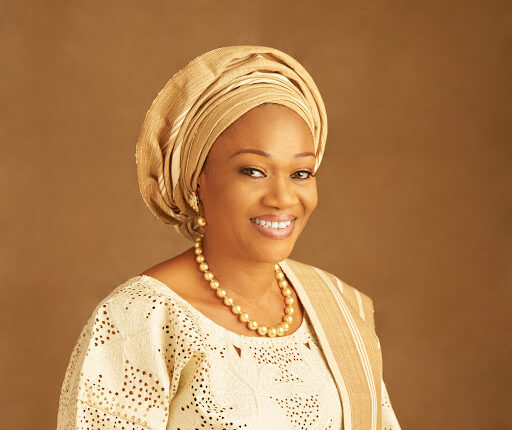 The Lagos State Governor, Babajide Sanwo-Olu has lauded the contribution of Senator Oluremi Tinubu, to the development of Lagos and Nigeria in general, saying her leadership qualities and imput were being felt in nooks and cranies of the state.

He explained that the lawmaker who represents Lagos Central Senatorial District at the National Assembly, had been a voice for the voiceless who truly represents the interest of her distric and largely that of Lagos state at the centre.

Sanwo-Olu noted that the former first lady distinguished herself and exert her influence in catering for her people and attracting laudable federal projects for the benefits of citizens across the state irrespective of tribe, religion or political affliations.

Through a statement released to newsmen yesterday by his Chief Press Secretary, Gboyega Akosile, to congratulate Tinubu on her 60th birthday (today), Sanwo-Olu has contributed immensely to the growth and development of Lagos and Nigeria.

Sanwo-Olu, who described the lawmaker as a “political icon” said that the former Tinubu’s inputs to national growth are pragmatic testament to her visionary leadership.

“On behalf of the good people of Lagos State and my adorable wife, Ibijoke, I heartily congratulate the distinguished Senator Oluremi Tinubu on the occasion of her Diamond Jubilee celebration.

“Our Dear Amazon, attaining the age of 60 years in grace and elegance is worth celebrating. Over the years, you have emblazoned your name on international stage as lover of truth, advocate of social justice, philanthropist and a loud voice of the voiceless.”

Governor Sanwo-Olu stressed further that Senator Tinubu’s penchant for diligence and distinction was evident in her contributions to the development of Nigeria’s socio-economic and political landscape.

“As the lawmaker representing Lagos Central Senatorial District in the Upper Chamber of the National Assembly, your inputs on our national growth are pragmatic testament to your visionary leadership.

“Your pet projects Spelling Bee and the New Era Foundation have become reference points in women and youth development in the country.

“On this landmark occasion of your 60th birthday, I pray that God will continue to preserve and grant you good health to enable you render more service to humanity, Nigeria and our beloved State, Lagos. Happy birthday, Distinguished Senator and visionary leader,” the statement read.