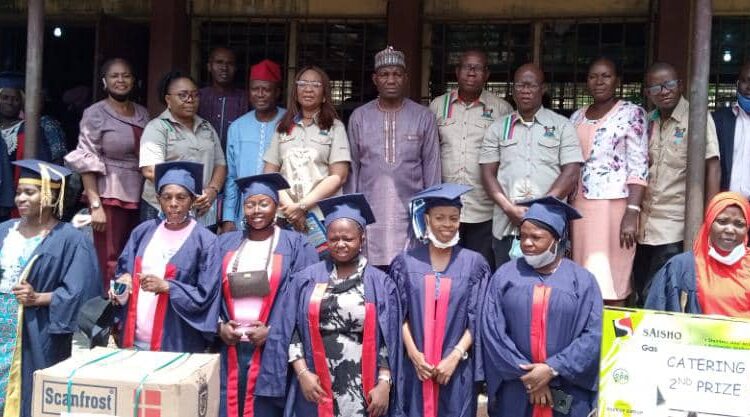 The Lagos State Governor, Babajide Sanwo-Olu, has educated youths on the benefits of various ongoing free vocational and entrepreneurship skills development programmes, saying the programmes were embarked upon to make Lagosians particularly youths to become relevant in the country’s economic redevelopment plans.

Sanwo-Olu said that the entrepreneurship programme targeted at youths across Lagos had the potentials to change their economic fortunes and make them become financially independent rather than rely on their parents for funds.

According to him, the youths need to acquire essential skills in order to contribute their quota to ongoing economic redevelopment plans rather than waiting endlessly for white-collar jobs.

The Governor, who was represented by his Special Adviser on Education,Tokunbo Wahab, at the graduation ceremony for 119 trainees of Igbo-Oluwo Vocational Training Centre, Ikorodu, yesterday, said that the training has made the youths become more relevant in the 21st century.

“Fundamentally, our various free vocational and entrepreneurship skills development programmes are aimed at developing the potentials of our youths to make them relevant in the 21st-century global digital economy and make them employers of labour. This we believe, as a Government, will address the issue of youth restiveness, reduce crimes and other vices capable of undermining development efforts across the country”, he added.

Sanwo-Olu reiterated that youth development was crucial to achieving the Security and Governance pillar of his administration’s development agenda, disclosing that plans were already in place for beneficiaries of various entrepreneurship skills and vocational programmes to secure start-up capital from the Lagos State Employment Trust Fund (LSETF).

While urging unemployed youths to take advantage of the free vocational and entrepreneurship training by registering in their neighbourhoods, he noted that the 119 trainees of Igbo-Oluwo Vocational Centre, were among the 730 trainees that have successfully completed their training across seven centres in the State.

He, meanwhile, urged the graduands to be prudent in their spending and be committed to their businesses, saying this will help you to expand and remain afloat for many years after establishment in the state.

Sanwo-Olu added that these strategies had over the years kept several businesses especially those that started as Small and Medium Enterprises (SMEs) afloat and expand after their start.

Earlier in her welcome address, the Director, Agency for Mass Education in the State, Oluwakemi Kalesanwo said that the free training had remained an avenue for addressing the issue of poverty in society, adding that some of the beneficiaries, who were fast learners, started making money right from the vocational school with their newly acquired skills.

Two of the beneficiaries, Oluwatoyin Abbass and Sandra Nwagabara, expressed gratitude to the Lagos State Government for making the programme non-discriminatory, pointing out that residents irrespective of State, religion, political affinity or tribe were admitted for the skills acquisition exercise.