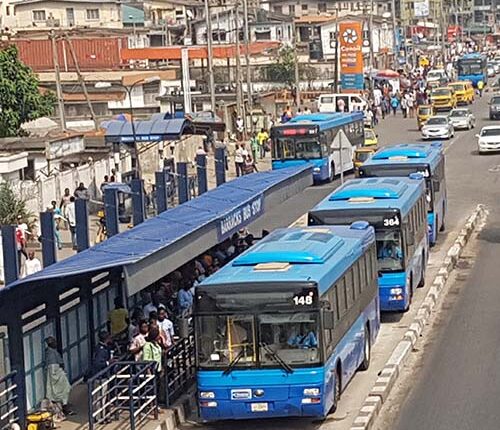 The 70-man dedicated security team would ensure the enforcement of extant rules and regulations on the use of the BRT lanes and provide adequate protection for passengers using the Lagos Metropolitan Area Transport Authority (LAMATA) facilities.

According to the approval granted by the governor, the dedicated team would be led by a Superintendent of Police and also ensure that all other facilities currently under construction were adequately protected from vandals.

Sanwo-Olu’s approval was contained in a statement made available to The Guild on Monday by LAMATA’s Assistant Director, Corporate Communication, Kolawole Ojelabi.

The statement reads: “Lagos State Governor, Mr. Babajide Sanwo-Olu has approved a dedicated security team for the monitoring of transport infrastructure and the enforcement of extant rules on the use of the Bus Rapid Transit (BRT) regulation.

“Approval for the dedicated security team followed incessant damage to transport infrastructure and violation of the BRT lanes which more often impeded the operation of the BRT system.

“With more transport infrastructure being constructed, the Lagos Metropolitan Area Transport Authority reasoned that there was the need for a higher measure of security and vigilance especially in the light of last year’s attack on Lagos State Government and LAMATA facilities perpetrated by hoodlums who hijacked the EndSARS protest.

“During the attack, the newly completed Oyingbo Bus Terminal was vandalized, and 57 new BRT buses that were ready for deployment for passenger operations were set ablaze. On the same day, Berger Bus Terminal and 23 new buses parked were also set ablaze.

“The approval granted by the Governor states that the dedicated team, headed by a Superintendent of Police, would be composed of 70 officers and men of the Nigeria Police Force charged with the protection of existing LAMATA facilities and others currently under construction.

“The dedicated security team will ensure that the lifespan of transport infrastructure would be guaranteed and not be truncated by needless and unforeseen attacks as well as make passengers feel secure at LAMATA facilities while using regulated public transport”.