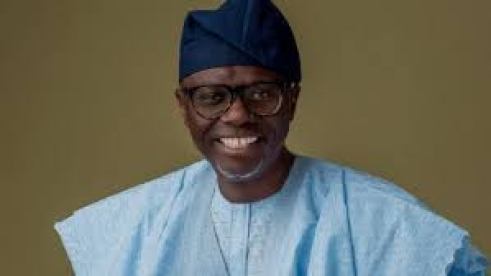 Share
By Olawale Abdul-Fatah
Lagos State Governor, Babajide Sanwo-Olu, has approved N35,000 minimum wage for public servants in the state.
Sanwo-Olu added that the new approved minimum wage was signed to improve the welfare of workers in the state.
This information was contained in a statement released yesterday with Ref no: Cir/HOS/’19/Vol.1/098 and signed by the Head of service, Hakeem Muri-Okunola, yesterday.
The statement reads: “This is to notify for general information that the governor, Babajide Sanwo-Olu in his determination to improve the welfare and well-being of all public servants in Lagos State,  has graciously  approved the implementation of the new minimum wage with effect from November 1st,  2019.
“Furthermore kindly note that payment of salaries for the month of November 2019 is delayed beyond the  usual 23rd day circle in order to adequately process payment of the new wage.
“The consequential increase of the new minimum wage in Lagos  State for senior and management grade levels are as foll
“Accordingly, it should be noted that the approved minimum wage and consequently adjustments are more than the federal government’s approved recommendation, which further demonstrates this administration’s commitments to staff welfare.
“By this action,  public servants are thus enjoned to show more commitment, dedication and selflessness in the delivery of qualitative service to the citizens of Lagos,  whose fulfilment of tax obligation largely contribute to payment of these salaries. In addition, public servants are expected to give unalloyed support to the state government’s agenda,  as we collectively strive to actualize set goals”.