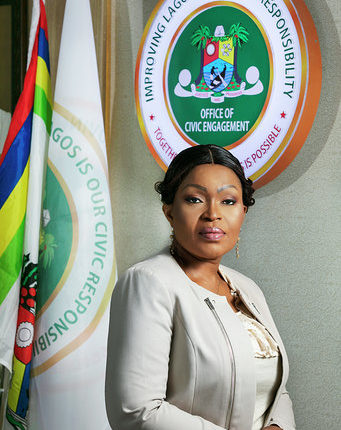 Share
By Olawale Abdul-Fatah
Apparently, to further reduce Lagos unemployment rate, the State Governor, Babajide Sanwo-Olu, has approved the sum of N40 million grant to assist 2000 existing businesses in the state.
Sanwo-Olu’s approval of this grant is basically to assist these 2000 entrepreneurs to improve the status of their businesses towards earning more profits.
Each of the 2000 selected beneficiaries, The Guild exclusively learned, will receive the sum of N20,000 from the State Government to aid them to achieve their goal of expanding the business to a stage of creating further employment.
After another three months, the Guild gathered yesterday, Lagos State Government will evaluate progress made by each of the 2000 beneficiaries and possibly offer advice.
At the conclusion of the exercise, those that had made progress in their business since collecting the first tranche will receive another N20,000; this evaluation process will again be repeated for the beneficiaries to ascertain progress made in their businesses and release another tranche to them.
Earlier, Special Adviser to the Governor on Civic Engagement, Princess Aderemi Adebowale, explained that the grant was part of the activities lined up for a civic week designed by her the Lagos State government through her office to engage residents, alongside Sanwo-Olu Cares initiative, a program to cater for downtrodden.

She said: “Beneficiaries of the social welfare inclusive initiative would be encouraged to invest 50% of the grant received in a small-scale business. The office of Civic Engagement has partnered with some companies to assist our citizens to actualize these goals by planning and monitoring the growth of their small-scale business.” Adebowale added.

According to her, the week-long programme championed by the Lagos State Office of Civic Engagement which is set to commence on Friday the 20th and end on Boxing Day, 26th December also has other activities lined up for the development of Lagos.

The Special Adviser hinted that aside from the empowerment initiative scheduled to hold at the Eko FM Marquee, Alausa, Ikeja, other activities that will inculcate social values in children and youth, serving as a guideline for achieving widespread civic engagement through planned programmes of action has been included in the event.

“We aim at building a people-centered Lagos by adopting a variety of engaging activities as a channel to inspire individuals to be active participants in the process of nation-building. Engaging citizens remains our ultimate goal. We can only improve Lagos through our collective effort.”

Besides, the Office of Civic engagement disclosed that the civic week would also feature social visitations to Churches, Mosques as well as senior citizens, and that relief materials would be distributed to needy.

Apart flag-off of week-long event which promises to be interactive, educative, and entertaining for participants, the office also indicated that the civic week would feature Music and Message Gathering’, and that the aim was to convey messages to youth and Lagosians in general.