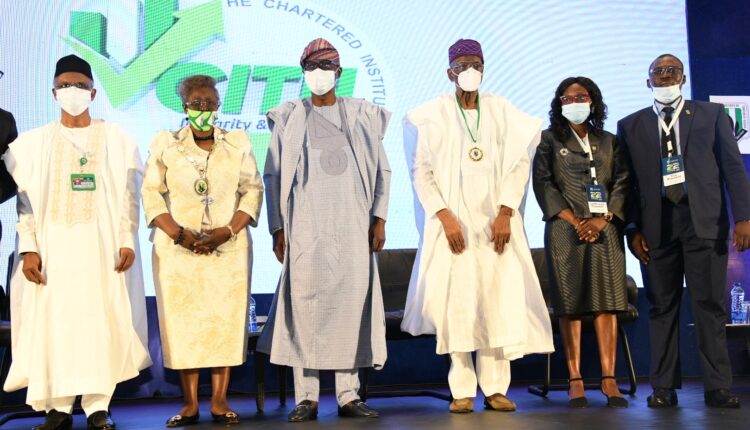 Share
The Lagos State Governor, Babajide Sanwo-Olu, has advised his colleagues on need to devise means of cutting governance cost, saying one of the methods he adopted was to drop the idea of purchasing brand new official vehicles one year after his election as number one citizen of the state in line with his commitment to ensuring judicious use of state’s resources.
He explained that rather than fritter the state’s resources away on the purchase of new set of official vehicles for office, he had chosen to go the austere way by ensuring the state’s resources are used for the citizens through embarking on impactful projects and programs.
The governor noted that his convoy of 10 vehicles was the ones he had been using during his electioneering campaigns, adding that he was able to save more for the state’s treasury through his decision of maintaining status quo.
Speaking on Thursday at the 22nd Annual Tax Conference of the Chartered Institute of Taxation of Nigeria (CITN) held at Eko Hotel, Victoria Island in Lagos, Sanwo-Olu charged his counterparts across Nigeria to look into their expenditure profile and do away with unnecessary spending.
The initiative, he argued, would help increase states’ revenue and allow governments to have more resources in meeting the basic needs of the people.
The governor stressed the need for better utilization of taxpayers’ money by public office holders to build the trust of the citizens, adding that the state executives must work toward having a better reform process.
“We need to look at our expenditure profile as Chief Executive of our state and ask ourselves, where can I cut the red tape; what can I do away with so as to increase the revenue of my state or even make available more money for my state.
“What I have done till date is that I have not purchased any single official vehicle for myself, for any of my personal staff or any of my family members from the government purse. If you see me have a convoy of 10 vehicles, these are all vehicles I was using during my campaigns.
“Governor Nasir el-Rufai joined me in one of my cars this morning and I can tell you that vehicle was one of the vehicles I used for my campaign; it is not brand new. So, I said to my people that, it is not a fanciful thing that every governor must begin to buy brand new vehicles when you do not need to. So, all of those millions have gone back into the treasury of the state and we are using it to develop the state very well,” he said.
Sanwo-Olu who stressed the need to increase revenue generation without totally dependent on revenue from oil, charged tax practitioners, especially members of CITN, to take leadership position and put themselves in rightful position in Nigeria to increase government revenue and change narrative in the country.
Speaking at the event, Kaduna State Governor, Nasir el-Rufai commended Sanwo-Olu’s leadership in managing the state’s affairs and his effort to rebuild Lagos after the massive destruction that marred the peaceful protests organized by the youth recently.
“Whatever happens in Lagos concerns everybody because it is the economic hub of the country while Kaduna State is the political hub. I can assure you that all the 35 governors will support your rebuilding Lagos project,” El-Rufai said.

Police warns Sowore, others against protests, unlawful gathering in Lagos