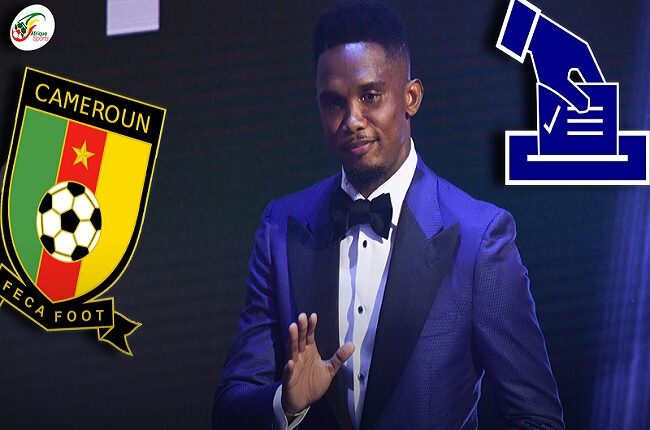 A former winner of the Africa footballer of the year award, Samuel Eto’o, has been elected president of the Cameroon Football Federation (FECAFOOT) after polling more votes than other contenders during the election.

Of the total votes cast during the election, Eto’o polled 43 votes from members of FECAFOOT, defeating rival, Seidou Mbombo Njoya, during the general assembly meeting held the country.

After been declared winner of the poll on Saturday, the former Indomitable Lion’s forward promised an array of reforms including returning the country’s national team to its status in global football.

Eto’o enjoyed a glittering club career, playing for the likes of Barcelona, Inter Milan, and Chelsea, while also making over 50 appearances for the Cameroon national side.

At his peak, Eto’o was considered one of the best strikers in the world and he inspired his country to win two African Cup of Nations titles and an Olympic gold medal.

Speaking on his victory, the former Pichichi award winner said: “I’ll be remembering today as one of the proudest moments of my life,”

Eto’o added that every vote he received represents the energy and ambition of our football family to take our beloved sport to a level we’ve never seen before.”

He will now be in charge of the federation for when Cameroon hosts the African Cup of Nations next year, with games set to begin on January 9.