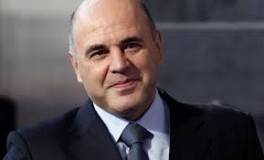 The Russian Prime Minister, Mikhail Mishustin, has disclosed that he would commence self-isolation after receiving a positive test result for the deadly coronavirus pandemic.

He said that the decision to self-isolate was with aim to curb spread of the viral infection and protect other cabinet members from contracting the deadly disease from his person.

Mishustin stated that in order to ensure that matters of the nation would not be affected by his ill health, the First Deputy Prime Minister, Andrei Belousov, should be deputized and temporarily allowed to perform the duties of Prime Minister.

The PM made the disclosure in a call to the nation’s  President, Vladimir Putin, on Friday, and said that he would remain in touch from self-isolation and that relevant input on pertinent matters would be relayed to other cabinet members.

The 54-year-old received well-wishes from Putin, who expressed hope that Mishustin would have a quick recovery from the infection and that he would continue with ongoing efforts to rebuild the Russian economy.

“I have just learned that the test on the coronavirus I took was positive.” – Mikhail Mishustin