By NewsDesk, with Agency Report, 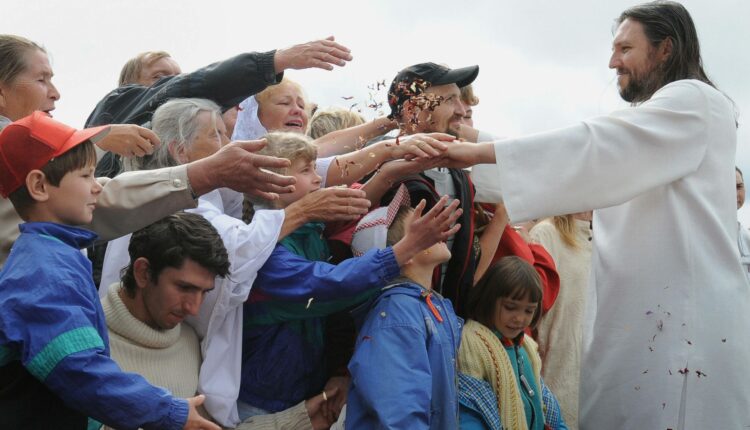 A Russian self-claimed reincarnation of Jesus, Sergei Torop, and other senior members of his church, Last Testament, may end up serving 12 years behind bar should they be found guilty of allegedly milking other innocent worshipers through spiritual and psychological pressure, as well as others levelled against them.

Both Torop and the other leaders were reported to have been arrested by Russian police following several complaints from concerned members of society and liberated worshippers of the church, who felt the centre could ruin more lives, if the country’s government does not put an end the church operation.

It was gathered that Torop, an ex-traffic cop known as Vissarion, and other members of the worship center have been under detention since after their arrest yesterday and that their crimes was base on investigation that exposed how the church was been used to extract money from worshippers.

It was reported that before the self-acclaimed reincarnation of Jesus was arrested by Russia authorities, there have been complaints of how the church has been damaging health of worshipers at the center said to had been set up  in 1991, in the Krasnoyarsk region, same year Soviet Union broke up.

The  Russia’s Investigative Committee confirmed that both Torop and others that were arrested could spend 12 years in prison if the court count guilty those allegations place before them.

Through a statement issued by the committee on Wednesday, the committed said that the arrested suspects were in police custody and that they would be charged for using the worship centre to make money.

Torop and his religious group have been using psychological pressure to extract money from their followers and have caused serious and more harms to innocent members’ health.

It said: “The operation is to detain Torop, and the group leaders, Vadim Redkin and Vladimir Vedernikov, who are also involved the police as well as members of the Federal Security Service.

“They are accused of “damaging their followers’ health”. The men could face up to 12 years in jail if found guilty of the count presented before the court”.