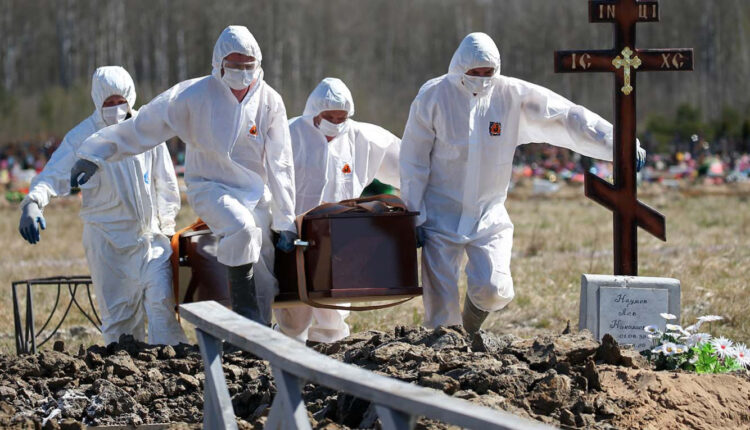 No fewer than 793 patients under isolation after testing positive for Coronavirus have been confirmed to have died within the last 24 hours in Russia, increasing deaths toll recorded across the country since its outbreak to over 164,094.

Aside from the deceased, over 22,320 people were said to have gone into self-isolation after results of COVID-19 test conducted on them proved that they had contracted the virus during the third wave.

The Russian Government, through the statistics released on Saturday, confirmed the death toll and that over 6 million persons have contracted the virus since its outbreak in the country.

Records further showed that over 5 million Russians, who were kept previously under isolation to prevent a further spread of the virus, have recovered after adequate treatment.

Speaking on the third wave particularly on the death toll, Russian Health Minister, Mikhail Murashko, stated that the variant was spreading faster across the country due to its mutating status.

Murashko, who disclosed this during a working trip to the city of Astrakhan, pointed out that the Delta strain of the coronavirus was more contagious and it took those infected less time to develop serious complications.

“The strain is changing, so the third wave is more aggressive and is spreading faster. Serious complications emerge on the fifth day,” the Russian health minister said. “Everyone should keep in mind the need to see a doctor on the very first day,” he added.

JUST IN: Another Chibok schoolgirl regains freedom after 7yrs in captivity