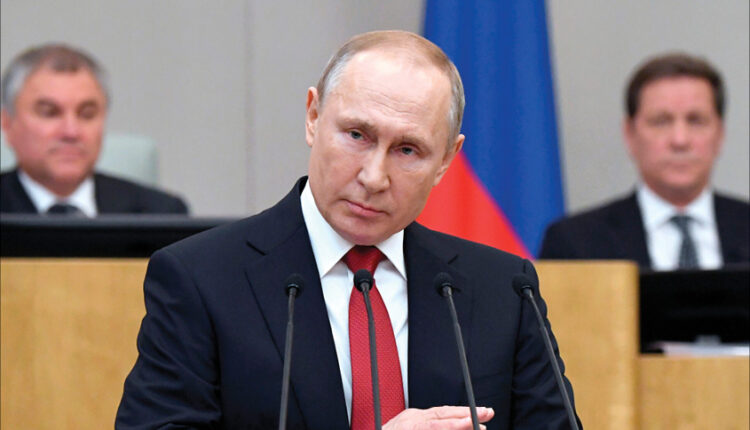 The Russian Government has recalled its ambassador to the United States after the country’s President, Joe Biden, threatened to deal with those election interfering with US affairs including elections.

Biden’s comments which was critical of Russian President, Vladimir Putin, after his leadership was alleged to have orchestrated the interference in the 2016 presidential election in US.

To ascertain the extent of the threat issued by the US government, Putin directed that the country’s ambassador, Anatoly Antonov, be recalled to Moscow for consultations to assess future relations with the US.

Announcing the government decision, Russian Foreign Ministry’s spokeswoman, Maria Zakharova, stressed that Russia wants to determine what ways can be used to fix the relationship that is at “an impasse.”

“The new American Administration has been in power for almost two months, and the symbolic milestone of 100 days is just around the corner, and this is a good reason to try to assess where the team of Joseph Biden succeeds, and where it fails,” Zakharova added in a statement released yesterday.

Russia is interested in preventing any irreversible degradation to relations if the Americans are aware of the associated risks,” she said.

In a pre-taped interview with nesmen, Biden affirmatively responded to a question on the election and said that there was a price to pay for interference in US affairs.

Biden’s comments came on the heels of a US intelligence report bolstering longstanding allegations that Putin was behind Moscow’s 2020 election interference — an accusation rejected by Russia.

Kremlin spokesman Dmitry Peskov said, “the claims of the US intelligence are baseless and unsubstantiated.”

“We can only once again express regret that such materials – far from being of high quality – are used, most likely, as an excuse to put on the agenda the issue of the next, new sanctions against Russia,” he said.

Asked if the US would be recalling its ambassador to Moscow in response to the Kremlin’s action, the State Department did not tip its hand, saying “we have nothing to comment on that.”

“As we engage with Russia in ways that advance American interests, we also remain clear-eyed about the challenges that Russia poses. We can’t underscore that enough. Even as we work with Russia to advance interests, we’ll be able to hold Russia accountable for any of their malign actions,” spokeswoman Jalina Porter told reporters on a conference call.