ASUU threatens to go on new industrial action over unpaid… 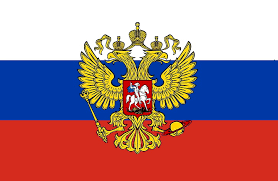 In a statement, the Russian government added that it protested against what it said was Finland’s confrontational course towards Russia.

Earlier, the Finland’s president, Sauli Niinistö,  confirmed its country’s intention to join NATO, signifying a historic Nordic policy shift triggered by Russia’s invasion of Ukraine that will redraw the security map of Europe.

“A new era is opening. A protected Finland is being born as part of a stable, strong and responsible Nordic region. We gain security, and we also share it. It’s good to keep in mind that security isn’t a zero-sum game.”

Supporting the president, the Finland’s prime minister, Sanna Marin, said she hoped parliament would confirm the decision in the coming days.

Marin added that, as a member of NATO, Finland would help reinforce not just the 30-member, US-led defensive alliance but also strengthen the EU, whose voice in NATO can become stronger.