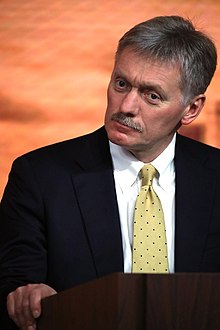 The Russian Government has denied planned interference in 2020 United States presidential campaign, stating that it had in no way tried to influence outcomes to favour President Donald Trump’s re-election bid.

Russia stance came days after U.S. intelligence officials told members of House of Representatives’ Intelligence Committee, during a classified briefing, that Russia was again interfering in American politics ahead of the November 3 election.

Kremlin spokesman, Dmitry Peskov, stated that such allegations were false and far from the truth, adding that they were mere conjectures raised by conspiracy theorists, with aim at manipulating public sentiments ahead of the American presidential election.

Peskov, while speaking to newsmen on Friday, described the announcement as paranoid, and explained that similar allegations had been laid against Russia in 2016 ahead of Trump’s election, and that no conclusive evidence was found in support of such sentiments.

He added that it had become pertinent to refute such statements as they questioned Russia’s integrity as a nation, and also to avoid further future complications that would arise if such rumours were not decisively addressed.

“These are paranoid announcements which, to our regret, will multiply as we get closer to the (U.S.) election. They have nothing to do with the truth as we are in no way invested in outcome of the American presidential election”, said Peskov.

The Kremlin spokesperson expressed hope that America would find lasting solutions to its internal issues, adding that Russia was, alongside other countries, a spectator in events unfolding in American political scene.