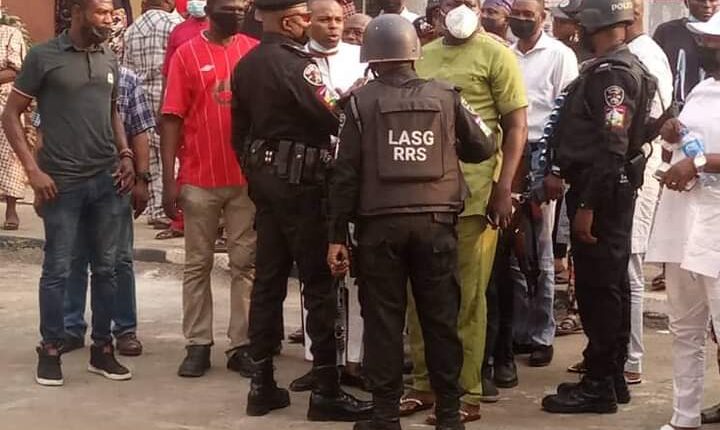 As gathered, Kunle Poly who was the Idumota NURTW branch chairman and Sego was arrested by RRS team led by its Commander, CSP Olayinka Egbeyemi, on Monday.

It was learnt that they were arrested in connection with constant clashes in Idumota and its environs which has intermittently crippled commercial activities in the area.

Through a statement on its social media page, the RRS noted that both suspects were arrested at a meeting where Kunle Poly, Sego along with some other NURTW stakeholders converged.

The statement explained that both men are presently being transferred to Zone II, Onikan, Lagos for proper questioning on the incident.

It would be recalled that the latest clash which occurred last week Thursday in the area reportedly led to the death of one person while commercial activities were paralyzed in the area for some time. Normalcy was however returned to area after a joint team of police officers were deployed for peace mission.