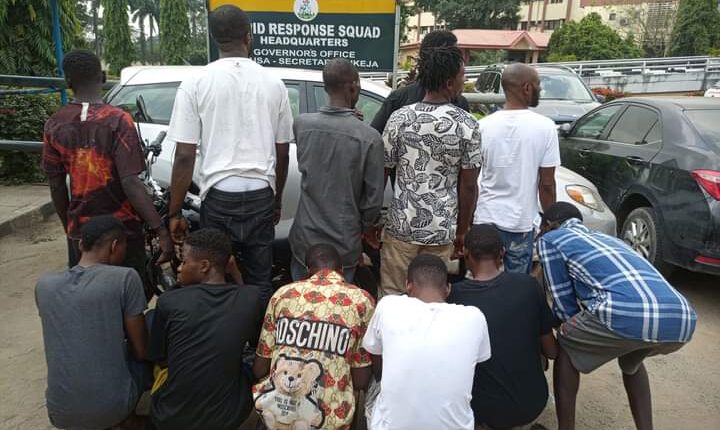 The Nigeria Police has arrested and place under detention no fewer than 12 suspects in connection with several cult clashes yesterday evening in Agege area of Lagos State.

The five suspects said to be engaging in supremacy battle and disturbing peace being enjoyed by residents around the Agege axis of Lagos were arrested by the state sponsored formation, Rapid Response Squad (RRS).

As gathered, the suspected cultists were picked up by the RRS team in areas such as Mulero, Agbotikuyo, Papa Ashafa, Dopemu Road, Abibatu Street, Ashefun among others.

Following their arrest, the State’s Commissioner of Police, Hakeem Odumosu, directed the RRS Commander, Yinka Egbeyemi, to transfer all the suspects for detailed investigation and prosecution.

However, Egbeyemi, has appealed to parents, community leaders to assist the police in fishing out cultists and miscreants disturbing their communities, noting that these criminals are not ghosts.

He added that unless peace is restored, the patrol teams would not leave the affected communities, saying the team was committed to protecting the resident before, during and after festive season.