Ogun police beefs up security on Lagos-Ibadan exp after… 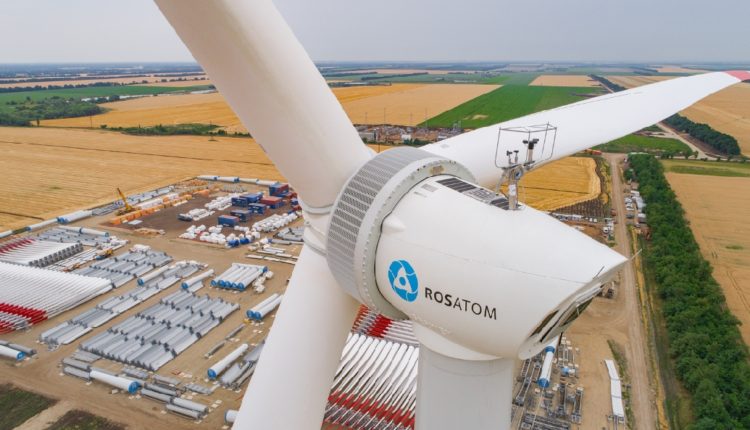 The Russian State Nuclear Energy Corporation (ROSATOM) has released the first wind farm to launch on Moscow’s national power grid with aim at wholesale transactions on wind energy market in the country.

The global nuclear technology corporation disclosed that the wind farm was built as solution to green energy issues being faced worldwide and that its success was expectedto pave way for more wind farms in the future.

In a statement made available through Nova Wind on Tuesday, in Lagos, Korchagin said the Adygea wind farm was the first project completed by the Rosatom division responsible for wind energy projects, NovaWind JSC and that it had total capacity of 150 MW and consisted of 60 wind turbines.

He added that the corporation was currently implementing a programme for wind farm construction at four more sites in the Stavropol Kray and Rostov regions of Russia, adding that through such localisation programs, the company had been able to achieve batch production of wind turbine components and assemblies in the country.

“The degree of localised sourcing of the facility’s equipment, as confirmed by Russia’s Ministry of Industry and Trade, is at 65 per cent. Through its localization programme, NovaWind plans to bring this figure up to 80 to 85 per cent in the future,”

“In this project, Rosatom acts as a system integrator that effectively accomplishes a full range of tasks. It includes designing wind farms, making its own production of wind turbine components, managing the supply chain and delivery of components to sites, as well as subsequently overseeing service and operation”.

He hinted that plans were in gear for construction of the company’s next largest wind farm, which was ecpected to have an installed capacity of 210 MW, in the Kochubeyevsky district of the Stavropol Kray region, in Russia.